Pump for a washing machine: how to choose + how to replace

Automatic washing machine is an indispensable household appliance for a modern person. But after several years of active use, it can fail. If a problem occurs at the stage of pumping or draining the water, the cause may be a breakdown of the pump, which provides these two functions before and after washing.

A failed pump for the washing machine can be repaired or replaced. Let's figure out how to do it yourself.

In washing machines, more than fifty varieties of pumps with various design differences are used.

All of them are divided into two types:

Many popular models use a single pump, which performs the function of injection and discharge.

Pumps for pumping / circulating / draining water are made on an electromagnetic basis. In washer-dryers, besides them, there are also pumps made in the form of a small engine with an impeller (fan).

The design of the pump is quite simple, consists of a stator, a rotor and an impeller. The rotor rotates in both directions, therefore, when the impeller is blocked by foreign objects, it makes jerks in different directions.

The most reliable are considered synchronous pumps with a magnetic rotor, characterized by high power and miniature size.

The pump is considered one of the most important elements of the washing mechanism. Its type may vary depending on the brand of the manufacturer and design features

Structurally, a drain pump or pomp, as it is also called, is an assembly consisting of two nodes. One of them is a motor with an impeller, the second is a plastic pipe, called a snail.

There is a seat for the engine on one side of the nozzle, and a recess for the filter cover on the other.With proper operation, the cochlea, in contrast to an impeller motor, is almost not subject to wear.

In the old models, the pump has two impellers: one of them is used to cool the engine, the second - to circulate water. A feature of these devices is an oil seal that does not allow water from the snail to flow into the motor. Modern machines have one impeller, and there are no oil seals, since the electrical and mechanical parts are separated.

The average duration of the pump is 3-7 years, but the problem may arise at an earlier date. This happens when the household appliance is not used properly, when various small objects get into it. They lock the impeller, causing a pump breakdown.

Particularly expensive will be the repair after combustion of the electronic control module due to a short circuit in the winding. Damage to the pump is a standard situation that occurs during the long service of the unit and the intensive frequency of operation of the device.

Signs and causes of breakdowns

Before proceeding with repair or heading to the store for a pump, it is necessary to carry out diagnostics. After determining the degree of complexity of the problem, choose a method for solving it.

The washing machine pump, along with the engine, experiences high loads, so it is often he who fails first

There may be several signs of its malfunction. They appear simultaneously or separately.

The following signs are considered the most typical:

The causes of failure are also varied. They are easily detected during diagnosis. The verification is carried out in stages. First, a drain filter is checked, which can become clogged if small objects get into the drum.

In most models of washing machines, cleaning the filter is not difficult. This procedure is available to any owner who cares about the state of household appliances in his home.

As a result of clogging, he can’t cope with his work, the pump begins to make a lot of noise, and if measures are not taken in a timely manner, it fails. Correct the situation will help filter cleaning.

Filter cleaning as a preventative measure should be carried out regularly. If this is not done, the problem may worsen. Pump failure is also associated with malfunctioning.

If the filter is OK, check the impeller by turning the blades. This is done manually. Jamming indicates the entry of small objects into it.

The next step is to check the drain hose, which may contain small objects or stagnant water. For a more thorough inspection, the pump must be dismantled.

To inspect and clean the pump, you need to unscrew the fasteners and remove the device. Depending on the make and model of the washing machine, the pump from the snail is released by unscrewing the fixing bolts or rotational movements

Malfunctions can be not only mechanical, but also because of the failure of the electronics: disconnecting the contacts, malfunctioning of sensors, etc. To identify a problem place, you need to “ring” the wires.

The pump removed from the machine is disassembled, cleaned and inspected. The procedure, which does not take much time, is recommended to be carried out every three months of active use of the device

The most common causes of failure can also include wear on the motor bushings, short circuit and open windings. Calling the master at home and diagnostics during the warranty period are usually free of charge.

Service codes can also indicate a pump failure. Each manufacturer has their own. You can get acquainted with them by studying the instructions for the device or on the official website of the manufacturer.

In addition to the codes, the user will find other useful maintenance information.The cost of the pump, its replacement and repair depends on the make and model of the machine, as well as on the type of breakdown.

Selection of a pump for repairing a washing machine

If the pump has served for more than 5 years, and diagnostics have shown the need to replace it, you will need to buy a new one. To increase the life of the pump, you need to choose it correctly.

When choosing a pump, the following parameters are taken into account:

It is difficult for an ordinary person to understand the design features of the pumps, so when choosing a new device, it is better to consult a professional.

The constructive variety of drain pumps is primarily determined by the characteristics of the plastic pipe (snail) and garbage filters combined with them.

In modern models, manufacturers use three types of pumps:

Pumps of the same type are interchangeable. For example, a Samsung pump and vice versa are suitable for an Indesit brand machine.

The procedure for replacing an old pump with a new one

The method of replacing a worn pump for a washing machine is influenced by a particular make and model. Usually they unscrew the bolts and remove the cover, carry out cleaning, and then change the pump. The twisted pump is thrown away or sold (given away) to spare parts.

To dismantle the pump with your own hands and replace it with a new one, you will need a set of tools and accessories: a complete drain pump, an axle, an impeller, a sleeve, a pulley, a gasket, contacts, and a sensor.

When buying a new pump and spare parts for it, you must be prudent. It is better to take the dismantled unit and go to the store with it. The same should be done with accessories.

Experts recommend choosing original models, and not cheap analogues. If there is not enough money, instead of a new pump, you can buy a used part from a similar model

Things are easier with tools. For work, you need a knife and a Phillips screwdriver. To check the operability of electricians (wiring, contacts, sensors), you need a multimeter.

Replacing a pump in popular washers

To inspect the pump yourself, you need to know its location. It is located below, but you can get to it in different ways. In models Samsung, Beko, LG, Candy, Ardo, Ariston, Indesit and Whirlpool access to the pump is possible through the bottom, in Zanussi and Electrolux - through the back panel. To get a pump in brand cars Siemens, Bosch and SMA AEG, disassembly of the front panel is required.

Drain pump for popular brands Samsung, Indesit, LG and Beko quite expensive, but replacing it does not present any difficulties. It is carried out through the bottom of the device.

This is done in the following sequence:

The new device is mounted in the reverse order.

Pumps to Siemens and Bosch differ in high cost and complexity of installation. Access to the pump is only possible through the front panel.

In conclusion, it remains to complete the dismantling of the old pump and put a new one.

In cars Ariston, Zanussi, and others with vertical type of loading pump replacement is carried out through the rear panel, which is part of the device with boards and other functional parts. The sequence of operation is the same as in machines with horizontal loading.

In order to get acquainted with the devices of pumps for washing machines and how to replace them, we offer informative videos with tips from professionals and users.

How to check the operability of the drain pump (pump) of an automatic washing machine:

What to look for when choosing a pump for a washing machine:

How to replace the pump in the BOSCH / Bosch washing machine:

If you decide to pick up the pump yourself and replace it with your own hands, carefully study the instructions and follow its instructions. At the slightest doubt in your competence, contact a familiar master or workshop.

For a moderate fee, they will repair the pump or select the right model for replacement. Professional installation of the new pump is a guarantee of its reliability and uninterrupted operation of the washing machine.

Do you have practical skills to replace a pump in a washing machine? Share your knowledge with our readers and ask questions about the topic of the article. The communication unit is located below. 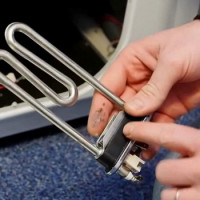 TEN for the washing machine: how to choose a new one and replace it yourself
7 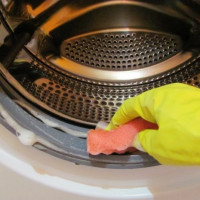 How to clean the drum in the washing machine: sequence of steps
4 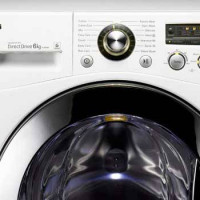 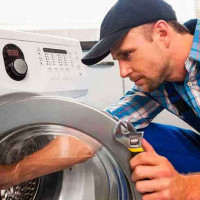 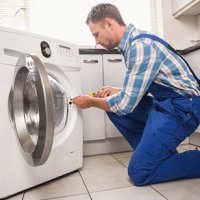 Do-it-yourself washing machine repair: an overview of possible breakdowns and how to fix them
8 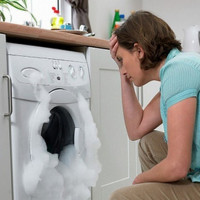