Today, a washing machine is an integral part of our everyday life. It is hard to imagine that a century ago, women could not even dream of such an au pair. But how much do we know about this wonderful invention?

We present you 5 interesting facts about washing machines.

1. The first washing machine appeared in 1874 in the house inventor William Blackstone (USA), who gave it to his wife for her birthday. The price of the machine at that time was 2.5 dollars. Blackstone later opened his own company and began mass production, which still exists today.

In Europe, mechanical washing machines were first launched in 1900. The inventor of new washing equipment, which worked on the basis of churn, became German Karl Mil.

Today, there are over 100 worldwide manufacturers automatic washing machines.

2. Initially, washing machines were cumbersome and difficult to handle, so women stopped washing at home and began to take their laundry. In the 19th century, mainly large men worked in large commercial laundries, because for women this work was considered quite difficult. With the reduction in size of machines and their simplification, women returned to home washing.

3. The world's first powder for washing clothes in automatic washing machines appeared in June 1907. It produced Henkel in Germany. The new washing powder quickly gained success among consumers, thanks to which the annual production of powder by the company increased to 4700 tons.

4. In the American city of Eaton (Colorado) there is Washing machine museum. The owner of the museum, Lee Maxwell, for many years collected and restored more than 600 copies of washing machines. Today, museum visitors can see how some of the first washing machines of the early twentieth century work, because most of the exhibits are in working condition.

5. According to statistics, we are so used to the constant use of this invention that we turn on the washing machine on average 8-10 times a week. Therefore about 22-25% of the total volume of water consumed in the house it is this device. 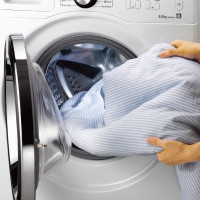 Classes of washing in washing machines: how to choose the appliances with the necessary functions
9 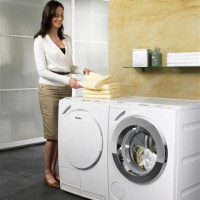 Rating of washing machines by reliability and quality: TOP-15 of the highest quality models
17 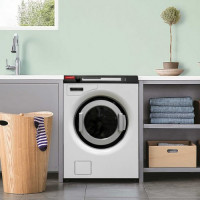 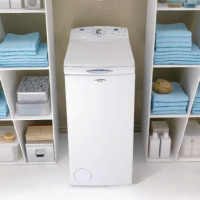 Rating of the best top-loading washing machines: TOP-13 models on the market
8 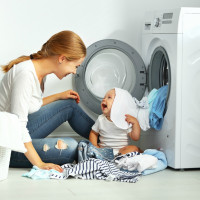