Window for a gas boiler house in a private house: legislative norms for glazing a room

Agree, no one wants to suffer from a gas explosion. Is that right? However, no one guarantees this. So, in the past two decades, many of our compatriots have lost property, health and life during such incidents. But you can avoid trouble. To do this, you will need to properly equip the window for the gas boiler room of a private house, be sure to comply with the norms and rules prescribed in legislative acts.

Only strict observance of the requirements for the specified structural element set forth in the guidance documents will help make the operation of gas equipment safer. Why so, we will tell further.

Legislation on windows in boiler rooms

But the norms of this document only state that the windows in the boiler room should be and regulate their appearance, area. And all other details are set forth in GOST R 56288-2014referenced by SP 402.1325800.2018.

The shape of the window in a room with a gas boiler can be any. The main thing is that it be consistent with the established area. And also, you must not forget to provide a window or any other way to ventilate

therefore boiler room design must be complied with the standards set out in these two by-laws.

What should be the windows?

Moreover, this design element of the boiler room should be equipped with:

That is, the indicated design features of the window indicate that it is considered not only as a source of natural light. And as an important element of the system boiler room ventilation.

We also recommend that you familiarize yourself with the general rules for the arrangement of gas boiler houses. More details - go to the link.

In paragraph 5.10 of the above Code of Rules it is said that the glass area should be at least 0.03 m² for each cubic meter of the volume of the room where they will be installed gas boiler.

This is the standard value for buildings belonging to group B of fire / explosion hazard.

In the relevant Code of Practice, the minimum window area in a room with a gas boiler is indicated. But, in fact, this figure indicates what the opening should be to ensure effective relief of excess pressure

Moreover, you should pay attention to the fact that the above area should occupy the window as a whole, namely glass. Which, moreover, should be an easily removable enclosing structure, otherwise the boiler room will not be allowed to operate.

What is an easily removable enclosure?

These are structural elements of the building, which should explode easily during gas explosions and form openings for efficient and quick release of excess pressure. It is customary to use boiler room glazing as easily deflectable enclosing structures.

It should be remembered that reinforced glass, due to its strength characteristics, will not be able to break under the necessary loads. As a result, an efficient overpressure will not be provided. Therefore, their use in boiler rooms is strictly prohibited.

The same statement applies to materials such as:

That is, in fact, only ordinary sheet glass was related to easily erasable structures until recently. But since the summer of 2019, other options have appeared.

If the specified material in a particular case is not the optimal solution, then preference can be given to windows with double-glazed windows.

The image shows the design of a quick reset window. Moreover, an ordinary user will not always reveal its features. Yes, this is not necessary, since the difference with a conventional product will appear only in a critical situation

But there are limitations. So, ordinary flat glass is allowed to be replaced with double-glazed windows made according to the requirements prescribed in GOST R 56288-2014 for residential buildings. Any other products are prohibited.

The specified GOST also states that ordinary glass can be replaced with windows with:

Moreover, the rotary shutter is horizontal and vertical, which increases the functionality of easily resettable windows.

When exposed to excessive pressure, they must freely release the displaced or rotary structural element.

This picture was taken in 1999 after the explosion in the metropolitan hotel Intourist. In the foreground, easy-to-erase structures and the opening that they released to relieve pressure are clearly visible, which minimized the consequences. The quality of the photo is not the best, but nevertheless this does not prevent it from being one of the few real confirmations of the effectiveness of easily resettable designs.

According to the requirements of the above profile GOST, all easily resettable windows must be marked with special lettering.

Namely, the following ciphers should be present on their structural elements:

In addition, on windows with an easily resettable design, the number of the normative document must be indicated, on the basis of the requirements of which they were made.

For example, a complete designation may have the following form: LSKOS F P GOST R 56288-2012. That will exclude errors when choosing.

According to the norms set out in the relevant GOST, locking devices of easily resettable windows must ensure the discharge or rotation of the sash when the overpressure reaches 0.7 kPa.

At the same time, for windows with a displaceable structural element, the actuation is considered to be a change in the position of the sash by 90 °.

If the boiler room is a freestanding building or an extension to the house, then its design can be fully or partially made of easily removable sandwich panels

That is, in the case of the LSC in the room where the gas boiler is located, not only the size of the window is important, but also how it will free the opening to relieve pressure.

Otherwise, easy-to-reset structures are ordinary windows. Which are able to effectively resist heat transfer and belong to the sound insulation class D or higher.

Why are easy-to-clean designs needed?

In the Russian Federation, the issue of gas explosions is acute. So, every year in the country dozens of these incidents occur. The most notorious is January 2008, during which 10 explosions occurred, the victims of which were dozens of Russians.

And the reason is aggravated by cheap, but very durable modern windows that withstand short-term significant overpressure. As a result, pressure on the building structure increases significantly. And it often does not withstand horizontal loads, since the same walls are not designed for this. As a result, buildings simply add up as house of cards.

It should be remembered that a window in the boiler room should be provided even at the stage of creating project documentation. Or gorgaz will not give permission to build

There are 2 ways to deal with such a negative phenomenon, which include:

And, since the first option is costly and not always accessible, the main way to protect against the negative consequences of explosions was the use of LSC.

Which have been present on the Russian market for a long time, but their high cost did not contribute to popularity. What the government decided to “contribute” to, which made the use of easy-to-clean structures mandatory in a number of cases.

And about the fire safety requirements for the arrangement of gas boiler rooms, read in another our article.

In the video material attached below, the specialist talks about what shape an easily-removable design in a boiler room can be:

Glazing standards for an existing gas boiler should be complied with. Since this increases, and significantly, the security in the house. After all, in time, the pitted excess pressure can save lives, and their property from destruction.

Below, under the article, you can ask questions, supplement our material with valuable information or share your own experience in arranging windows in a boiler room.Tell us what difficulties you had to set up when installing a boiler room in a private house and how you managed to cope with them. 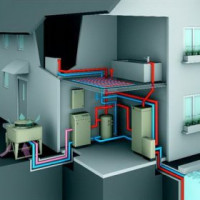 The scheme of the boiler house of a private house: the principle of automation and equipment location
3 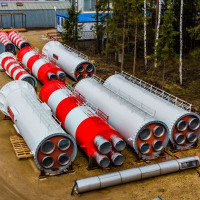 Chimney for a boiler room: calculation of height and cross-section according to technical standards
3 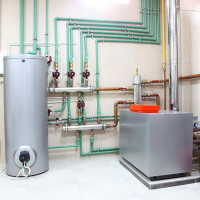 How to equip a boiler room in a private house: design standards and devices
3 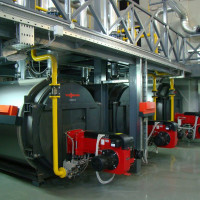 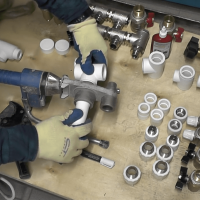 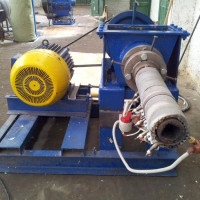