All about natural gas: composition and properties, production and use of natural gas

Due to its high energy efficiency and environmental friendliness, natural gas, along with oil, is of paramount importance. It is widely used as a fuel, and also serves as a valuable raw material for the chemical industry.

And although the use of gas has become everyday and habitual, it still remains difficult in composition and rather dangerous substance - in order to get into the burner of a gas device it goes a long and difficult way.

In the article we will analyze the main issues associated with natural combustible gas - we will talk about its composition and properties, describe the stages of gas production, transportation and processing, its scope. Consider modern ideas about the origin of hydrocarbon reserves, interesting facts and hypotheses.

What is natural combustible gas?

There is an opinion that gas lies underground in voids and is easily extracted from there, for which it is enough to drill a well. But in reality, everything is much more complicated: gas can be located inside a porous rock, can be dissolved in water, liquid hydrocarbons, and oil.

To understand why this happens, just remember that the word "gas" comes from the Greek "chaos", Which reflects the principle of behavior of the substance. In the gaseous state, the molecules move randomly, trying to uniformly fill the entire possible volume. Due to this, they are able to penetrate and dissolve in other substances, including more dense liquids and minerals. High pressure and temperature greatly enhance the diffusion process. Often it is in the form of such a “cocktail” that natural gas is contained in the bowels.

But first, let's talk about what gas consists of and what it is - consider the chemical composition and physical properties of natural combustible gas.

Gas extracted from the bowels, which is called "natural", is a mixture of various gases.

In composition, it is divided into three groups of components:

The first and main group is a set of methane hydrocarbons (homologs) with the number of carbon atoms from 1 to 5. The largest percentage in the mixture is methane (from 70 to 98%) having one carbon atom. The content of other gases (ethane, propane, butane, pentane) ranges from units to tenths of a percent.

The gas produced from the fields is characterized by a high concentration of methane. In the associated, extracted from oil, the proportion of methane is much lower: 30 - 60%, and homologues higher: 10 - 20%

In addition to hydrocarbons, non-combustible substances in small amounts may be present in the mixture: hydrogen sulfide, nitrogen, carbon dioxide, carbon monoxide, hydrogen and others. But, depending on the field, the proportions of hydrocarbons, as well as the composition of other gases, can fluctuate significantly.

According to the physical properties of methane CH4 colorless and odorlessvery combustible. At concentrations in the air more than 4.5% - explosive. This property, combined with the lack of smell, poses a great threat and problem. Especially in mines, since methane is absorbed by coal.

We wrote about the causes of a gas explosion in domestic conditions in this stuff.

To give the gas a smell, in order to detect its leaks, special substances with an unpleasant odor, odorants, are added to it before transportation. Most often, these are sulfur-containing compounds - ethanethiol or ethyl mercaptan. The impurity fraction is selected so that leakage is noticeable at a gas concentration of 1%.

The main advantage of blue fuel is its high specific heat of combustion - 39 MJ / kg. In this case, harmless substances are released: water and carbon dioxide. This is also an important factor that allows the use of methane in everyday life.

Where does gas from the bowels of the earth come from?

Although people learned to use gas more than 200 years ago, so far there is no consensus on where gas comes from in the bowels of the earth.

There are two main theories of its origin:

In the field, gas can be in the form of a separate cluster, gas cap, solution in oil or water, or gas hydrates. In the latter case, the deposits are located in porous rocks between gas-tight layers of clay. Most often, such rocks are compacted sandstone, carbonates, limestones.

The share of conventional gas fields is only 0.8%. A slightly larger percentage falls on deep, coal and shale gas - from 1, 4 to 1.9%. The most common types of deposits are water-dissolved gases and hydrates - in approximately equal proportions (46.9% each)

Since gas is lighter than oil, and water is heavier, the position of fossils in the reservoir is always the same: gas is on top of oil, and water supports the entire oil and gas field from below.

Gas in the reservoir is under pressure. The deeper the deposits, the higher it is. On average, for every 10 meters, the pressure increase is 0.1 MPa. Abnormally high pressure formations exist. For example, on the Achimov deposits of the Urengoy deposit, it reaches 600 atmospheres and higher with a depth of 3800 to 4500 m.

Not so long ago it was believed that world oil and gas reserves should be exhausted already at the beginning of the XXI century. For example, the authoritative American geophysicist Hubbert wrote about this in 1965.

To date, many countries continue to increase gas production. There are no real signs that hydrocarbon reserves are running out.

According to the doctor of geological and mineralogical sciences V.V. Polevanova, such misconceptions are caused by the fact that the theory of the organic origin of oil and gas is still generally accepted and owns the minds of most scientists. Although still D.I. Mendeleev substantiated the theory of the inorganic deep origin of oil, and then this was proved by Kudryavtsev and V.R. Larin.

But many facts speak against the organic origin of hydrocarbons.

Here are some of them:

The hypothesis put forward by Larin of the initially hydride Earth explains the origin of hydrocarbons by the reaction of hydrogen with carbon in the depths of the earth and the subsequent degassing of methane.

According to her, there are no ancient Jurassic deposits. All oil and gas could form in the range from 1 to 15 thousand years ago. As selection proceeds, stocks can gradually replenish, as seen in long-developed and abandoned oil fields.

How is mining and transportation?

The process of extraction of natural combustible gas begins with the construction of wells. Depending on the occurrence of the gas-bearing stratum, their depth can reach 7 km. As drilling progresses, a pipe (casing) is lowered into the well. To prevent the escape of gas through the space between the pipe and the walls of the well, grouting is done - filling the gap with clay or cement.

At the end of construction, the drilling rig is removed and fountain fittings are installed on the casing head. It is a design of valves and valves, serves to select gas from the well.

The number of wells can be quite large.

Several functions are assigned to the fountain fittings: it holds tubing in suspension in the well, controls operating modes, measures the parameters of the external and internal parts of the well

Even small concentrations of hydrogen sulfide, water vapor or particulate matter lead to rapid corrosion, hydrate formation and mechanical damage to the internal surface of the pipeline.

Final preparation for transportation takes place at the headquarters. It includes post-treatment and removal of hydrocarbon condensate, cooling the gas to reduce its volume.

The main type of gas transportation over long distances is gas main. It is a system of complex engineering structures from the pipelines themselves to underground storage.

At the final point of the highway are gas distribution stations (GDS). Here, the last cleaning from impurities of dust and liquids takes place, pressure is reduced to the level required by consumers, it is stabilized, gas consumption is taken into account and odorant is added.

Huge spherical tanks will not allow the gas carrier to be confused with other types of vessels. They are thermoses that maintain a constant required temperature for liquid methane -163 ° С

The conversion of gas into a liquid state is carried out at special LNG plants. The process takes place in two stages: first, methane is cooled to -50 ° C, and then to -163 ° C. At the same time, its volume decreases by 600 times.

The high combustibility of natural gas determines its main application. It is used in the form of fuel in factories, factories, thermal power plants, boiler houses, institutions, in residential buildings, agricultural facilities and many others. We recommend that you read the rules domestic gas use.

Oil production and refining is always accompanied by the release of associated gas. In some cases, its volumes can be impressive and up to 300 cubic meters per cubic meter of crude oil.

But there are a large number of fields where natural associated gas is not used, but flared. For example, throughout Russia, up to 25% of useful raw materials are thus lost.

Part of the associated gas is supplied to gas processing plants. From it, purified dry gas is obtained, which is used for heating. Another valuable component is a mixture of light hydrocarbons.

The diagram shows a general picture of the process of processing produced gas. The role of end products for the modern chemical industry is difficult to overestimate

Then it is divided into fractions in special installations. The result is hydrocarbons such as propane, butane, isobutane, pentane. To reduce the volume, ease of transportation and storage liquefy.

Converting cars to gas quickly pays off and gives tangible cost savings. The expansion of the network of gas stations contributes to an increase in the fleet of cars with HBO. Not only drivers win, but also pedestrians who do not have to breathe harmful exhausts

Propane and butane are used for heating homes. bottled gas either for cars. But most of it goes for further processing at petrochemical plants.

By high-temperature heating (pyrolysis), the main raw materials for all synthetic materials are obtained from them - monomers: ethylene, propylene, butadiene. Under the action of catalysts, they are combined into polymers. The output produces such valuable materials as rubber, PVC, polyethylene and many others.

In the documentary film about gas is accessible and clear:

This training film is dedicated to gas trunk transportation:

We still do not know everything about natural gas - its origin is still fraught with many mysteries. It is hoped that blue fuel is indeed an inexhaustible gift that will suffice for us and our descendants.

Do you have questions after reading the above material? Or do you want to supplement the article with useful comments, interesting facts or photographs? Write your comments, ask questions, participate in the discussion - the feedback form is located below.

How much does it cost to connect gas to a private house: the price of organizing gas supply
62 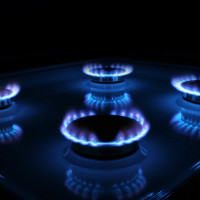 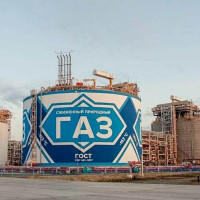 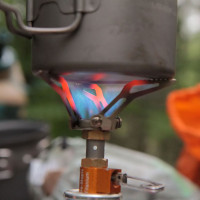 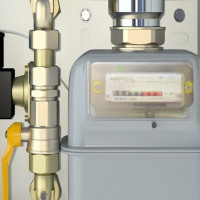 Gas consumption from the gas tank for heating: how to calculate + tips to minimize
2 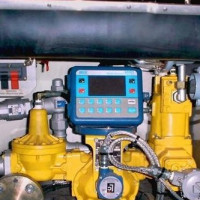 How and in what is gas flow measured: measurement methods + overview of all types of gas flow meters
0
Add a comment
Click to cancel reply.
Related Content