Everyone sees their home comfortable and most importantly safe, right? But no one guarantees this, since dozens occur annually gas explosions indoors. Nevertheless, it is possible not to become a victim of such accidents. And the battery gas leakage sensor will help in this.

We will talk about what such a device is and what types can be found on the market in this article. Consider the principle of operation of various types of sensors and briefly describe the products of the most popular manufacturers on the domestic market.

What is a leak detector?

Which is intended for:

Wireless sensors are economical, and they also have small dimensions, so they can be placed almost anywhere without loss for the aesthetic properties of the room.

Batteries provide the equipment presented independence from power supplies. And make it possible to place them in any desired place.

Varieties and principle of operation

Today, the production of several different types of devices capable of detecting a gas leak has been mastered. Which by the principle of action are semiconductor, infrared, electrochemical, catalytic.

These devices are divided into subtypes not only by the principle of action, but also by a number of factors.

For use in housing, the most affordable household products are suitable, and the remaining characteristics do not play a special role.

Wireless sensors are economical, and they also have small dimensions, so they can be placed almost anywhere without loss for the aesthetic properties of the room

Next, we consider in more detail the principle of operation of each type of sensor.

Modern semiconductor sensors are able to cope with the detection of natural gas and liquefied varieties. household gas. They are designed to measure the concentration of hydrogen sulfide, for which a semiconductor is used, the active material of which is tin oxide.

The surface of this chemical, when heated, begins to actively absorb (absorb) oxygen molecules. Which further capture electrons, resulting in the formation of negatively charged oxygen ions. Which leads to an increase in semiconductor resistance.

As batteries, most often, AAA batteries are used, which are popularly referred to as little fingers. They are inexpensive, and they contain enough energy to provide power to the device for a long time

Which leads to the formation of a signal about the presence of gas in the room and further informing using sound signals.

As mentioned above, tin oxide is sensitive to changes in air characteristics, which allows the formation of a signal whose power is proportional to the gas concentration. As a result, for example, with a small amount of methane in the room, the sound alert can be intermittent. And when the concentration becomes explosive, the signal will become continuous.

The photo shows semiconductor sensors. They are reliable, durable and affordable, so they are often used to detect gas leaks.

An important feature of semiconductor devices is that they can be used not only for signaling, but also for operation as part of the ventilation system of any room, building.

Infrared sensors are able to detect natural, liquefied gas in the air.

The principle of operation, unlike semiconductor analogues, is simple and consists of 3 stages:

Infrared sensors are accurate, stable, as they are technological devices. To increase their efficiency, productive processors and temperature sensors are used.

In addition, the presented variety of products has a long service life.

Electrochemical sensors are designed to detect the concentration of natural, liquefied gas in any room. Including during production processes.

Each device of this kind has a sensitive element consisting of several electrodes intended for an electrochemical reaction immersed in an electrolyte.

The photo shows electrochemical sensors. Their advantage is accuracy, reliability. In addition, such products are inexpensive, which makes them popular

The principle of operation is that the air from the room penetrates into that part of the device where the redox reaction on the electrodes takes place. As a result of which the resistance changes and, if it decreases to a certain level, a command is formed to give an audible warning signal. It is directly proportional to the level of gas concentration.

The main element in the design of devices of this kind is a spiral made of especially sensitive platinum. The resistance of which changes in the presence of gas, which is monitored by electronics, which, when a critically low value is reached, begins to signal a danger.

The photo shows catalytic sensors. Outwardly, they differ little from semiconductor analogs. It is possible that the design is stronger, since the instruments of this type work in more difficult conditions (during measurement, combustion occurs with the release of a significant amount of heat)

But the principle of operation of catalytic sensors differs from semiconductor, electrochemical analogues. Since in this case, the resistance varies depending on the amount of heat that is released as a result of a catalytic reaction (combustion without flame) when gas enters the internal cavities of the sensor.

Since during the described process there is a change in temperature, humidity, pressure, then in the design of any device of the presented type a compensating element is provided, the resistance of which changes simultaneously with the same parameter of the sensitive element (ball). That allows you to level out measurement errors.

Regardless of the principle of operation, leakage sensors can be equipped with shutoff valve - the shutoff valve shuts off the gas supply when the sensor is triggered.

Overview of the best manufacturers

On the domestic market there are a large number of manufacturers of sensors that detect gas leaks. And all of them are little known to the consumer, since there are no transnational concerns with big names in this area.

As a result, buyers will have to be content mainly with sensors from Russian and Chinese companies. Among the many which it is recommended to pay attention to manufacturers offering more reliable and high-quality products.

Rubetek is a Russian company that is already recognizable. Its peculiarity is that it is not quite a manufacturer of sensors, but rather a software developer, and of high quality.

That is, they take other people's products, call them by their own name, write programs for them and sell them. But since they do their job at Rubetek well, and the sensors themselves buy high-quality, their products are in demand.

To the right of the hood is a Rubetek wireless sensor. It is not only reliable, but also able to fit into any modern interior, which is also an advantage

In addition, this developer should be preferred if there is interest in installing, in the future, other devices that make housing safe - smoke detectors, alarms, video surveillance systems, etc. Since Rubetek is engaged in the creation and integration into a single whole of all of the above.

ALFA GAS is this Chinese manufacturer. It has been working in Russia for many years, supplying completely reliable and technological sensors.And most importantly, they are inexpensive, which Russians like and therefore the company's products from China are in demand.

Excellent value for money from Sapsan

Under the name Sapsan, another manufacturer from China supplies products. Its sensors can well cope with the detection of gas leaks, as well as informing about it. Moreover, the signals can be either sound or in the form of a message on the owner’s mobile phone.

The only drawback of Sapsan sensors can be considered cheap plastic, which is used for the manufacture of cases. But at the same time they have attractive aesthetic qualities.

The homeland of this brand is Italy. But this, most likely, is all that connects the SEITRON sensors with the European Union, since they are manufactured in China, the developers are in the same place. But this in no way should diminish the quality of products under the indicated name.

It should be remembered that after each operation of the gas sensor, specialists should be called in to check. You must do so even if you think the danger signals were false.

Since these sensors are distinguished by quality and manufacturability, which leaves a positive impression. In addition, they are often equipped with self-monitoring systems, which increases reliability.

But the cost of production of this company belongs to the category of the most expensive, which does not always contribute to popularity. But, if the buyer has a safety priority, then it is on the SEITRON sensors that you should pay attention first of all.

You still do not have a gas leak detector, but you are confused by the pronounced smell of gas in the apartment? We recommend that you familiarize yourself with leak check methods at home.

The video below will help you understand how and when gas leak detectors alert you to danger.

Battery-powered sensors designed to detect gas leaks are state-of-the-art high-tech products. Moreover, they are able to work offline for a long time (for example, in many cases - a year or more). Therefore, such sensors can be trusted to ensure the safety of housing, any other premises. But at the same time, you need to use the products of exclusively trusted manufacturers and follow their recommendations.

Would you like to supplement the above information with useful information that will be of interest to our readers? Write your comments and additions, participate in the discussion, share your personal experience using the wireless sensor. If you still have questions about the topic of the article, ask them to our experts - the comment block is located below. 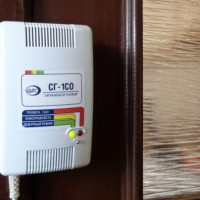 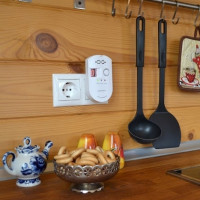 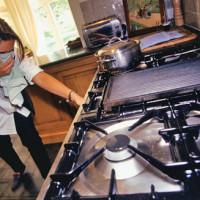 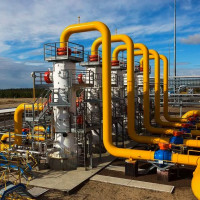 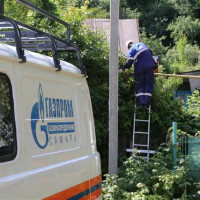 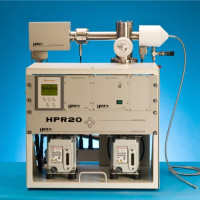