However, small volumes of gas in cylinders force the user to often buy new ones or think about self-refueling. We will talk about how to refill gas cans for burners with their own hands. This simple procedure will save you money.

In the article we have proposed, we consider all refueling options available for independent implementation. Detailed guidelines and recommendations for the implementation of work are provided. Based on our tips, you can easily cope with filling the mini tank with liquefied gas.

Types of cartridges for travel burners

Tourists and travelers on hikes need a source of fire for cooking. In such cases, gas burners are a convenient tool. In construction and in the household, they also find active application.

Users who decide to fill the cans with gas in order to save money need to follow the safety rules, take into account the nuances and follow the replacement technology. Then this procedure will go smoothly and without undesirable consequences.

If the collet (left) or threaded (right) gas canister is not completely empty during operation, it is not necessary to throw it away. It is possible to refuel them from each other or from a large gas cylinder

First you need to determine the type of connection of the cylinder to the burner.

There are four types of connection:

The most common replacement cartridge for work gas burner equipped with thread. It is easier and more convenient for regular replacement.

The most popular cartridge options are designed for thread and valve connections. This mount provides a tight fit, and a safety valve prevents gas leakage.

You can disconnect the threaded can at any time, but with a punctured type this will not work. Have to wait for his devastation.

Regardless of the type and size of the “donor,” the essence of the process is to create a tight connection for pumping liquefied gas from one tank to another

The first thing to do before starting refueling is to find a source of gas. As a source, large gas cylinders various volumes from five to three hundred liters. You must make sure that your canister does not contain gas residues and completely empty it.

Next, you need to find an adapter suitable for attaching the cylinder - a gas source and attaching an empty can. The adapter is bought or assembled with your own hands.

It is important that it does not allow gas leakage during transfusion. It is also required to find the exact scales that will allow you to weigh an empty can before refueling and after, to find out the weight of the filled gas.

Now we will describe how to gradually fill a gas canister from a large canister without buying a new one:

Usually 10 minutes is enough to refuel a mini balloon. This period of time allows you to fill in about 150 - 180 g of liquefied blue fuel.

Since it is necessary to transfer liquid gas from a large container, it should be turned upside down or laid on its side. If this is not possible, then at least tilt it, considering the specifics of filling the tank

To refill cartridges with a collet connection, you should purchase an adapter or adapter designed for these purposes. Its cost in online stores usually does not exceed ten dollars.

The design of this device is as follows: a tube made of a polymer or a metal alloy is equipped on one side with a union nut. It provides a tight attachment to a large gas cylinder, and on the other hand there is a collet clamp with a handle that opens or closes the gas supply to the can.

So, to refuel small gas cylinders with a collet from a large one, a series of actions should be carried out sequentially:

Remember that when storing a tourist can for mini burner in hot rooms at high temperature, the gas inside it expands. If you do not leave a gas cap, a kind of reserve volume in the can, then it is possible to inflate. That is, it is necessary to refill the can so that it can be heard raging liquid gas inside.

During the transfusion, the filling system is cooled and even covered with hoarfrost. Do not be afraid, just wait until everything melts and continue to work.

It is recommended to work exclusively with gloves. Always carefully screw the adapter in, as it is very easy to damage the threads, which will make further refueling of a tourist gas cylinder impossible at home.

In the room where the gas transfusion is carried out, there should be no sources of fire working pipe soldering torches or the burner is on. Some spray cans are not refueling. For safety reasons, it is recommended that you refuel one canister no more than four times, and then buy a new one.

Many manufacturers indicate the inadmissibility of refueling their products. Cylinders of well-known manufacturers, as a rule, last longer. If there are dents on the case and other signs of deformation, you should not risk it, but it is better to throw out such a spray can and buy a new one.

A good adapter model wins compared to a cheap one due to a number of advantages:

An adapter is wound onto the valve of a household large gas cylinder instead of a gearbox. Refueling is best done in a company with an assistant and outdoors, away from crowded places. Since there will be a strong smell of gas, passing people may begin to worry and cause gas service.

The process of refueling valve threaded cartridges consists of the following steps:

Step 1. First of all, the remaining condensate should be drained, the residual pressure in all the cartridges that are planned to be filled before the adapter is connected to a large cylinder to be vented. Thanks to this, the refueling process will be a little faster.

The adapter is screwed onto a spray can, which is turned upside down, the cartridge heats up slightly with warm hands, which increases the volume of gas and accelerates the bleeding process. It is preferable to drain the condensate into a plastic bottle. It smells rather unpleasant and smells surrounding objects.

Step 2 The preparation of the system consists in setting the gas cylinder in a stable position with the valve pointing downward and opening it to free access. In no case should the cylinder be supported against the valve. The ideal option is to hang the balloon upside down. Next, tighten the adapter and open the valve of the large cylinder.

Step 3 The adapter is screwed tightly to the can. We open the valve on the adapter and begin to pour gas. Stopping the noise emitted by the transfusion gas means the end of the pouring.

Step 4 The next step is to vent the gas in order to cool the can. The procedure is performed by opening the bleed valve on the adapter. After a few seconds, the can will become quite cold, and the pressure in it will drop to the desired level. Close the valve. If necessary, produced dosing.

Step 5 The most important step is to create a buffer pad in the spray can to prevent possible expansion and explosion. Open the bleed valve and wait for the moment when the liquid no longer pours.

Never direct a jet of gas at yourself. When shaking the spray can must be felt raging. Also an effective method is weighing a filled can on a scale. After completing all the steps, it is important to check the tightness of all filled containers.

When bleeding, draining condensate and creating a buffer pad, always point the end of the hose away from you.

For safety reasons, it is not recommended to store cans in the sun, in damp and cold places. Cold cylinders after filling are covered with a layer of condensate. To prevent rusting, wipe the containers with a dry towel.

Transfusion of gas from one spray can to another

After using gas burners, cartridges with gas residues often remain. They should not be thrown away, since there is the possibility of transfusion of gas from one cylinder to another. Collet cartridges cost about half the size of threaded cartridges, have the same volume and are more common on the market.

Burners can be designed for both collet and threaded fasteners, and some models initially have adapters. Filling a threaded cylinder with a collet will save a decent amount of money, and collet cartridges are easier to find.

Sometimes the adapter is not a solution to the problem, since it weighs a lot and takes up space. In such cases, it is enough to simply transfer the gas from one cylinder to another using simple technology and using an adapter made with your own hands from a disposable syringe.

Stages of preparing a homemade adapter:

After preparing the adapter, cool the threaded cartridge and heat the collet. Thanks to this procedure, gas transfusion will be greatly facilitated. You can cool in the refrigerator or in the freezer, and heat in warm water. Never bring containers to the fire.

In the manufacture of a homemade adapter, all actions must be performed in a certain sequence. Following the steps guarantees a successful result.

The transfusion process takes a fairly long period of time and requires increased pressure on the collet cylinder, which may bring some discomfort. To eliminate the discomfort, you can use a towel folded several times.

Homemade adapter is installed on a hot can. Now you need to attach to it a can cooled in the freezer

If there is a financial opportunity, then you can purchase a special adapter, and not do it yourself. In such cases, the gas transfusion process will be significantly simplified.

The video clip will demonstrate the procedure for filling a can with the transfusion of liquefied gas from a large can:

Refueling gas tourist cans is a feasible procedure at home. For successful gas transfusion, it is necessary to monitor the implementation of each stage and comply with safety regulations.

After several refueling, the procedure is remembered and becomes not so complicated. Remember that manufacturers do not recommend refueling and using cartridges for travel burners after they run out of gas.

Want to talk about your own experience gained during refueling a gas can with liquefied gas from a large one? Do you have useful information on the topic of the article, which is worth sharing with visitors to the site? Please write comments, ask questions and post photos in the block below. 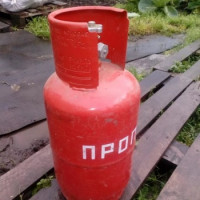 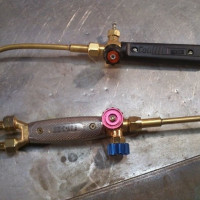 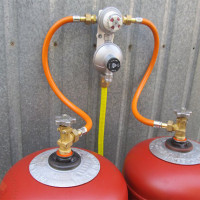 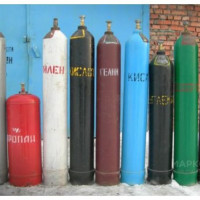 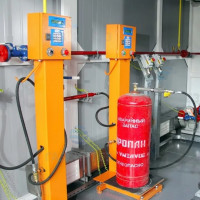 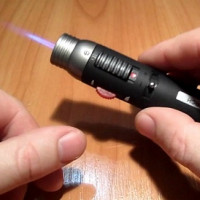 Rating of gas mini-burners: seven of the best offers + what to look at when choosing
3
Visitors Comments
Add a comment
Click to cancel reply.
Related Content