Why a gas meter shakes a lot: analysis of the reasons and recommendations for their elimination

Despite the fact that since 2014 the prices for blue fuel in the Russian Federation have not actually changed, people are trying in every possible way to save and pay only for really used cubic meters. However, even small expenses I want to reduce. Do you agree?

Naturally, the consumer thinks about why the gas meter shakes a lot if the device detects too high a consumption of gaseous fuel.

We will tell you what to do if an incorrect display of readings is detected. Let’s tell you which organization to contact, so that you don’t have to overpay for non-existent volumes. You will also find out a list of possible reasons why the flowmeter malfunctions and what measures you can take yourself.

How to check the operation of the counter?

You can independently check whether the counter really shakes a lot.

To make sure that the accounting device is not deceiving you, you need to:

Perform other manipulations to discover the cause is prohibited.

Most often, stray currents appear due to improper connection of stoves equipped with electric ignition from neighbors. Another reason is the use of special gas outlets

Some models of accounting equipment (SRS or GBS, MKM, SGMN) are not protected from hacking. If you have a desire to underestimate the readings of the meter, remember that after interfering with its operation, traces remain in the device in the form of small cracks, scratches, chips. Non-factory parts, damage to the seal, etc., also indicate a malfunction of the device.

No matter how carefully the "craftsmen" tried to hide traces of interference in the operation of the accounting device, experts in the field of verification experts will be able to detect them. If a violation of the case and the design of the device is detected, the device will be declared faulty, and its owner will receive a considerable fine.

Why is the new gas meter shaking more?

People who have individual gas meters installed often complain that they take over-readings every month. The data obtained are very different from those recorded by the old device.

Gas service employees explain this by the fact that the old device did not work properly due to wear of the mechanisms. As a result, it showed that gas consumption per month is lower than real consumption. After installing new devices, the readings are true.

A gas meter is a mechanism whose design is as simple as possible. The speed of rotation of the “propeller” depends only on the amount of gas passing through it, so it can no longer wind. On the contrary, the rotation speed can slow down if the mechanism sticks, which is often observed in older metering devices

Very often the problem lies not in the meter itself, but in the gas equipment. For example, if a powerful floor gas boilerIts gas burner consumes 0.5 cubic meters per day. A month turns out a decent overrun. In this case, the readings change, even with the gas equipment turned off.

Does the counter work incorrectly or is it broken?

Most often, if it is noticed that the meter readings are not true, consumers are in a hurry to return the metering devices of the consumed gas for verification. As a result, it most often turns out that the counters are working.

Since this procedure is paid, do not rush. First of all, if you find that the metering device for consumed gas does not work correctly (shakes too quickly / slowly, the numbers do not change when the gas is turned on), you should notify the gas service.

The main reasons on the basis of which the gas meter winds unnecessarily a lot:

In the first case, you need to calculate how many cubic meters of gas you use per month. If a single-circuit gas boiler is installed in the house, in the operation of which only one heat exchanger is involved, while the consumption of blue fuel is 10-20 cubic meters, then the reasons for such a huge consumption should be analyzed.

At first it is recommended to check energy efficiency in terms of heat conservation. Warming the house can solve this problem and gas consumption will be significantly reduced.

In private homes and apartments, membrane gas meters are used to provide accurate data. Such devices are easy to operate.

One of the most common reasons winding extra cubes is an a leak. therefore verify the system is worth even at lack of odorless. After all at leakage smell gas can and not feel.

You can check for leaks yourself. To do this, coat all connections and the gas valve with soap and water. The appearance of leakage is indicated by emerging bubbles. In this case, urgently need to call emergency gas service.

Having detected a leak, shut off the gas. It is forbidden to use the stove

The operation of the gas meter can also be affected by electrical appliances located nearby. To exclude this option, just try turning off the device or putting it in another location. Many users report incorrect operation of gas metering equipment if there is a microwave nearby.

What to do if you find that the gas meter shakes a lot:

If the meter is not repairable, then you must issue a document according to which you are shown counter replacement.

Carefully monitor the representatives of the gas service so that they themselves do not damage the seal during the inspection, and do not shift the blame on you. This happens often. Masters then extort money from residents to "settle" this issue

For the period during which you do not take readings from the gas flow meter, gas is paid in accordance with the generally accepted agreement for the supply of blue fuel. Most often, this is the average rate of gas consumption, according to which they start from the day they contact the gas service.

If the gas meter detected a gas meter during the check, the monthly fee is recalculated for the previous six months. In both cases, consumption standards are overstated.

To avoid this situation, the consumer should carefully monitor the operation of the gas meter and equipment. Responsibility for the serviceability of all devices in a residential area lies with its owners.

Having decided to check how much the personal gas meter is wrapping, and having suspected something is amiss, most users turn to the gas service. There are a number of nuances in this procedure, knowing which you can save your money and nerves.

Analysis of judicial practice demonstrates that court cases do not always end in favor of the consumer. The inability to prove the fact of contacting the gas service is to blame

Consider the situation. The landlord noticed that the new gas meter was shaking much more than the old one, it was working incorrectly or was faulty, and he turned to the gas workers. Calls to the gas service are ignored. Specialists do not come.

After a week or even a month, the inspector comes with a check and detects a malfunction. An act is drawn up and soon an invoice for payment of gas for the past six months comes at an average rate with excessive rates. Having no desire to contact the courts, most consumers pay a receipt, because they understand that the balance of rights is biased towards gas companies, not consumers.

Here is another example. You found a problem and called 04. A check came to you, identified and fixed the problem. Later you will receive an invoice for gas payments at average rates for the past six months. In any situation, consumers are advised to be vigilant and take a series of preventative measures.

Try to protect yourself from trouble in advance.

You will learn how to install a gas flow meter from next article, which details all the nuances of installation and connection.

Video guide for prudent owners who decide that a gas meter captures too much flow:

If you notice that the gas meter is shaking a lot, damaged or malfunctioning, you should immediately inform the gas supply organization. If this is not done, then you will face serious problems and considerable financial expenses.The cause of incorrect meter operation is most often a leak, a problem with gas equipment or a malfunction of the meter itself.

Write your stories about gas meter malfunctions and how the equipment was tested. Share your experience of “communication” with the gas service in the comment box below. Ask questions about controversial issues, publish thematic photos.

Tell us how to avoid troubles when dealing with gas workers. Advise how not to become part of the fraudulent scheme, to avoid extortion from the inspection authorities and save personal funds. It is possible that your recommendations will be useful in practice for site visitors. 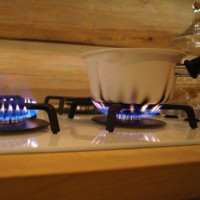 Why smokes a gas stove with a propane tank: basic breakdowns and troubleshooting tips
0 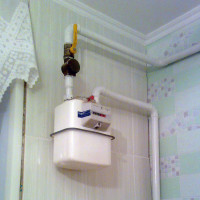 How to transfer a gas meter: rules and procedures for moving a flow meter
0 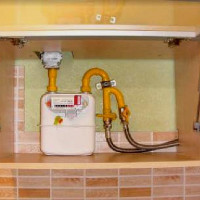 How to hide a gas meter in the kitchen: norms and requirements + popular methods of disguise
0 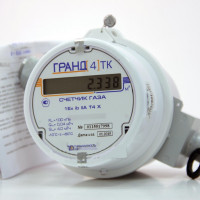 What to do if the gas meter creaks during operation: the main causes of noise and methods for eliminating them
0 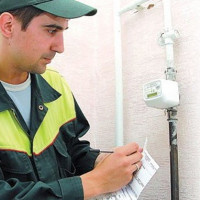 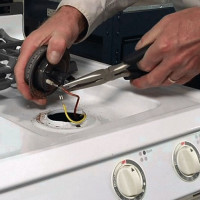 Why the gas stove does not hold the flame, the oven goes out and the burner goes out: an overview of the reasons and repair tips
0
Add a comment
Click to cancel reply.
Related Content