How to seal a gas meter: legal subtleties of sealing

Buying an meter will cause little difficulty. The main thing is that it complies with state standards and has the appropriate documentation, but far from everyone knows how to seal a gas meter.

Meanwhile, the absence of a seal or its incorrect installation is a guarantee of payment for gas according to the standards, and not upon the fact of consumption. The procedure will take a bit of your time, but you must admit, it’s better to pat and do everything according to the rules at once than to pay several times later, and still redo everything.

We will tell you how to seal the meter correctly, where to go, what legislative standards to follow, and whether it is worth spoiling the "print" for the sake of dubious savings in the twisting of readings.

Why seal the meter?

So that the consumer could not interfere with the operation of the ISP by stopping or braking the meter for unaccounted for energy consumption, the device must be sealed.

The access indicator is not so easy to bypass, and so far it is the most reliable protection against unauthorized user influence.

Despite the filling, people manage to slow down the readings of devices using various means. However, the law does not prohibit resource providers from developing and installing seals that impede various theft methods.

Installation of the indicator or re-sealing occurs in the following cases:

In any case, this procedure is necessary and mandatory for all who do not want to pay according to the standards.

Legislation on the installation of seals

Obligations to install meters for energy consumption are determined Federal Law N 261 (11/23/2009 edited by 07/26/2019) in article 13, paragraph 1. At the same time, the requirements of the article do not apply to facilities of a dilapidated, emergency type, where gas consumption is less than 2 cubic meters per hour, MKD with wear of 70% and not included in the capital construction program, as well as those subject to demolition and reconstruction.

According to Article 9 of the Federal Law of June 26, 2008 N 102-ФЗ “On ensuring the uniformity of measurements”, meters should be equipped with limiters to prevent discreet interference in their work, leading to distortion of readings.

Various types of seals can be installed on the gas meter. There are at least 2 of them on the new one, factory-installed and installed during commissioning by gas service employees. Their availability is mandatory.

For gas appliances, this is as much as 2 seals, which is indicated in PP number 549 - a factory indicator and installed by the supplier at the point of connection of the ISU to the gas pipeline. Only with the safety of both and from the date of installation of the second, the meter is recorded.

How and where to apply?

Gas meter installation has the right to carry out the organization with appropriate accreditation. However, only seals can be sealed and therefore commissioned.

This can be done on different days, but it should be borne in mind that only after the conclusion of the contract on accounting for resources will the reading of the testimony on IPA begin.

You can apply for sealing at a personal visit to the resource supplying organization, but if you do not want / cannot come to the company’s office, just call there. The specialist who responded to your application must leave your address, contact phone number, specify the date of installation of the meter, as well as agree on the date / time of the docking at the facility.

In addition, they can call you within 3 days on the phone number left to agree on a different date if the work organizations are busy or they have an urgent call to another facility. However, the new date must be no later than 15 days after receipt of the application.

Please note that the meter must be put into operation and, accordingly, sealed no later than a month after its installation

If the specialist did not appear at the appointed time, or if new terms are proposed more than 15 days after the application, the meter can be considered put into operation from the moment of submitting a written application for sealing, according to Government Decision No. 354.

That is why personal attendance at the office is most preferable. You will have on hand a document confirming the application, when you call, specialists will draw it up at the facility (unless otherwise provided by the rules of the organization). However, the application process is possible only after installation of the device.

Consider what documents and subscriber data are needed to seal the gas meter and put it into operation:

You must have a photocopy of your IPU passport with you and, if the device is not new, an act of final verification.

Sealing procedure for the meter

So, a specialist from the gas supplying organization came to you for the procedure of putting the meter into operation.

Even if an employee of the gas service showed up at exactly the agreed time, be sure to check the certificate attesting to his work in the gas service before letting him in his house

First of all, he checks the documentation for the meter, the absence of distortions and the correct installation, operability and the possibility of a functional mode on low combustion. If something is wrong, he writes you a refusal indicating the reasons, if everything is fine - sets seals and numbered control and protective stickers, the information from which is entered into the acceptance certificate.

Also, a specialist can put an antimagnetic seal, the law does not prohibit such actions. The anti-magnetic tape has a capsule, which, when interacting with a magnet (a popular method of braking the meter), is broken and immediately indicates an attempt of unauthorized exposure.

The legality of the installation of anti-magnetic indicators is spelled out in p. 81 (11) Government Decision No. 354.

After completion of all procedures, an act is drawn up in 2 copies, one remains with the organization, the second with the consumer. The act must be carefully studied before signing. In addition to other information, it contains information about the place of installation of protective seals and the date of the next verification.

At whose expense is the seal installed?

"Printing" on the IPA is set in the interests of the supplier, that is, the resource supplying organization. On the other hand, companies are not obligated to put seals on consumers' counters, and their presence is legally binding.

Initially, when putting the device into operation, the organization puts them free of charge to its subscribers, but the subsequent sealing is paid by the client according to a separate agreement. This point is also noted in Government Decision No. 549, p.22 "b".

After carrying out the procedure for installing protective seals, be sure to check their integrity before signing an acceptance certificate for a specialist

The cost of sealing after repair, reinstallation or gas meter replacement establishes the supplier, and there are no uniform prices. It can fluctuate depending on the consumables used, the transportation costs of the controller and other nuances, but usually does not exceed 300-400 rubles.

How to remove or bypass the seal?

On the Internet there are many harmful tips from craftsmen to circumvent IPU “seals”. We do not recommend doing this for several reasons.

This procedure is not as simple as it seems at first glance, it is very easy to damage the seal. And even if you succeed, the resource supplying organization can easily pay attention to underestimated consumption indicators and carry out an unscheduled check. And the traces of the invasion of the meter will be almost 100% visible.

According to the aforementioned RF PP No. 549, if the seal is damaged, the subscriber pays compensation, the amount of which varies depending on how it was identified.

The most severe monetary penalty is provided for the operation of the antimagnetic tape. In different situations, it ranges from 3 thousand rubles to 30 thousand

So, in paragraph 25 it is indicated that if the consumer notified the supplier about this on the day the malfunction is detected, payment will be made according to general standards from the day the damage is announced until the day after the installation of the new seal.

If damage was discovered by gas company employees during a standard inspection, compensation will be calculated according to the same standards, but from the date of the last inspection to the installation of a new seal. Since checks are carried out once every six months, in accordance with PP No. 549, it is more profitable to immediately contact the service organization and inform them that you have problems with the integrity of the indicator.

In addition, you may be fined for damaging the "seal", according to Administrative Code of the Russian Federation Article 19.2. The amount, however, is small - from 100 to 300 rubles. But if the intentional destruction of the indicator is proved, the penalty can be much higher.

What to do with a seal when replacing a counter?

If you are going to change the meter or when sending it to the laboratory for verification, do not rush to dismantle the device, even if all the deadlines have already expired.

Before signing the act of sealing, be sure to check the correctness of the specified data, that is, the state of the seal, its integrity and the latest gas meter readings

Replacement in case of violation of its functionality or simply choosing another model carried out by specialists from the organization with which the subscriber has concluded an agreement.In this case, the last readings are taken and the integrity of all seals is checked. For this procedure, it will also be necessary to draw up a statement and sign an inspection certificate.

The procedure of repeated sealing is carried out similarly to the primary one. In this case, do not forget to take a receipt for payment of sealing.

That's why you should not try to cheat metering devices:

The procedure for sealing a heat meter is very important for every consumer. It is one of the main parts of commissioning the device and the starting point at the time of payment of resources according to its indicators. As you can see, this is not at all difficult as it seems and is not so costly.

Share in comments with our readers how your gas meter was sealed and what difficulties you encountered. And also ask questions - we will try to answer in detail even the most complex of them. 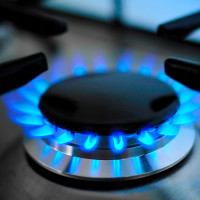 Gas connection in the apartment after disconnection for non-payment: procedure and legal subtleties
0 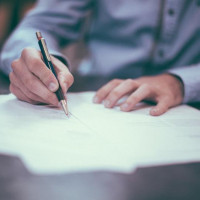 Re-signing of the gas contract: necessary documents and legal details
1 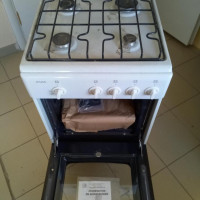 Replacing a gas stove in an apartment: fines, laws and legal subtleties of replacing equipment
0 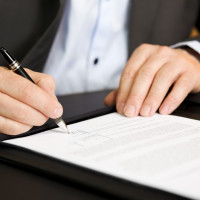 How to terminate a gas contract: reasons, procedure and subtleties for terminating gas contracts
0 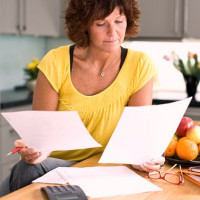 How to refuse gas in an apartment and a private house: legal aspects
0 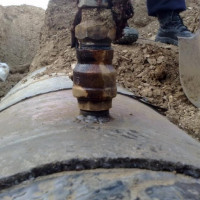