The USB interface is a popular form of technological communication on mobile and other digital devices. Connectors of this kind are often found on personal computers of various configurations, peripheral computer systems, on cell phones, etc.

A feature of the traditional interface is a small-sized USB pinout. For work, only 4 pins (contacts) + 1 grounding shielding line are used. True, the latest more advanced modifications (USB 3.0 Powered-B or Type-C) are characterized by an increase in the number of working contacts. What we will talk about in this material. We also describe the structure of the interface and the features of the cable wiring on the connector pins.

The abbreviation "USB" carries an abbreviation, which in its entirety reads as "Universal Series Bus" - a universal serial bus, thanks to which high-speed digital data exchange is carried out.

The versatility of the USB interface is noted:

What is the structure of the USB interface, and what types of USB technology connectors exist in the modern world of electronics? Let's try to figure it out.

Technological structure of the USB 2.0 interface

The connectors related to products included in the group of specifications 1.x - 2.0 (created before 2001) are connected to a four-wire electric cable, where two conductors are power supply and two more - transmitting data.

Also, in specifications 1.x - 2.0, the wiring of service USB connectors suggests connecting a shielding braid - in fact, the fifth conductor.

Existing versions of universal serial bus connectors of the marked specifications are represented by three options:

The difference between all three types of products lies in the design approach. If normal connectors are intended for use on stationary equipment, mini and micro connectors are made for use in mobile devices.

This is the physical design of the connectors of the second specification from the “mini” series and, accordingly, the labels for the Mini USB connectors - the so-called pinout, based on which the user makes a cable connection

Therefore, the last two types are characterized by a miniature design and a slightly modified connector shape.

Pinout table of standard connectors of type "A" and "B"

A distinctive feature of such structures is the execution of the wiring of USB conductors on a 10-pin contact pad. However, in practice, such connectors are rarely used.

Meanwhile, the improvement of digital equipment by the time of 2008 led to the moral aging of specifications 1.x - 2.0.

These types of interface did not allow the connection of new equipment, for example, external hard drives, in such a way as to provide a higher (more than 480 Mb / s) data transfer rate.

Accordingly, a completely different interface appeared, marked with specification 3.0. The development of a new specification is characterized not only by increased speed, but also gives an increased current strength of 900 mA versus 500 mA for USB 2/0.

It is clear that the appearance of such connectors provided service for a larger number of devices, some of which can be powered directly from the universal serial bus interface.

As you can see in the picture above, interfaces of the third specification have more working contacts (pins) than the previous - second version. However, the third version is fully compatible with the "two".

To be able to transmit signals at a higher speed, the developers of the designs of the third version were equipped with an additional four data lines and one line of the zero contact wire. Augmented contact pins are arranged in a separate row.

Meanwhile, the use of the USB 3.0 interface, in particular the “A” series, was a serious design flaw. The connector has an asymmetric shape, but it does not specifically indicate the connection position.

The developers had to deal with the modernization of the design, as a result of which in 2013, the USB-C option appeared at the disposal of users.

The design of this type of connector involves duplication of the working conductors on both sides of the plug. Also on the interface there are several redundant lines.

This type of connector is widely used in modern mobile digital technology.

It is worth noting the characteristics of USB Type-C. For example, the speed parameters for this interface show a level of 10 Gbit / s.

The next level of USB 3.2 specification

Meanwhile, the process of improving the universal serial bus is actively continuing. At the non-profit level, the following specification level has already been developed - 3.2.

According to available information, the speed characteristics of an interface like USB 3.2 promise twice as much parameters as the previous design is capable of.

The developers managed to achieve such parameters by introducing multiband channels through which transmission is carried out at speeds of 5 and 10 Gbit / s, respectively.

Like Thunderbolt, USB 3.2 uses multiple bands to achieve overall bandwidth, rather than trying to sync and run one channel twice

By the way, it should be noted that the compatibility of a promising interface with an existing USB-C is fully supported, since the Type-C connector (as already noted) is endowed with redundant contacts (pins) that provide multi-band signal transmission.

Features of the cable wiring on the connector pins

By some special technological nuances, the soldering of cable conductors on the contact pads of the connectors is not noted. The main thing in such a process is to ensure color matching beforehand. insulated cable conductors to a specific contact (pin).

Color coding of conductors inside the cable assembly used for USB interfaces. From top to bottom, respectively, the color scheme of the cable conductors for specifications 2.0, 3.0 and 3.1 is shown.

Also, if you are soldering modifications of outdated versions, you should consider the configuration of the connectors, the so-called “father” and “mother”.

The four working conductors used in this embodiment are usually indicated by four different colors:

Accordingly, each conductor is soldered to a contact pad marked with a specification of a connector of a similar color. This approach greatly facilitates the work of the electronics engineer, eliminates possible errors in the wiring process.

A similar soldering technology applies to connectors of other series. The only difference in such cases is the greater number of conductors that have to be soldered. To simplify your work, it is convenient to use a special tool - a reliable soldering iron for soldering wires at home and stripper to remove insulation from the ends of the cores.

There are frequent cases of ignoring the protective screen when “specialists” do not see the point in this guide. However, the lack of a screen dramatically reduces the performance of the USB cable.

Therefore, it is not surprising when, with a significant cable length without a screen, the user receives problems in the form of interference.

Wiring the connector with two conductors for the organization of the power line for the donor device. In practice, different wiring options are used, based on technical needs.

Soldering a USB cable is possible in different ways, depending on the configuration of the port lines on a particular device.

For example, to connect one device to another in order to obtain only the supply voltage (5V), it is enough to solder only two lines on the corresponding pins (contacts).

The video below illustrates the main points of pinout of the 2.0 series connectors and others, visually explains the individual details of the soldering procedures.

Having complete information on pinout of universal serial bus connectors, you can always cope with the technical problem associated with conductor defects. Also, this information will come in handy if you need to connect non-standard digital devices.

Would you like to supplement the above material with useful comments or valuable self-wiring tips? Write comments in the block below, add, if necessary, unique photo materials.

Maybe you still have questions after reading the article? Ask them here - our experts and competent site visitors will try to clarify incomprehensible points. 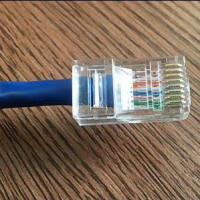 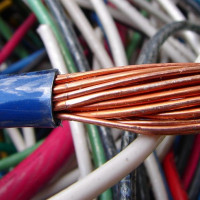 Types of cables and wires and their purpose: description and classification + decoding of marking
0 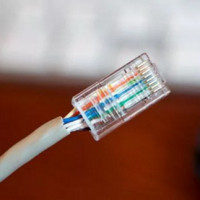 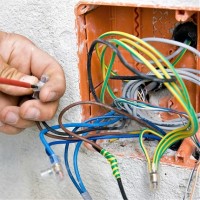 What is a vvg cable: decryption, characteristics + subtleties of cable selection
0 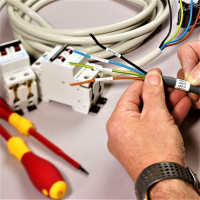 Colors of wires in electrics: standards and labeling rules + methods for determining the conductor
2 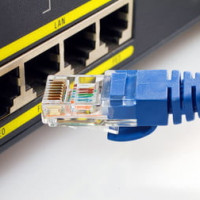 How to crimp an RJ-45 Internet cable with your own hands: ways + instructions for crimping an Internet connector
4
Add a comment
Click to cancel reply.
Related Content