Wiring carries a lot of risks for the house, its residents and equipment. The majority of them can be eliminated by installing a differential current circuit breaker (AVDT) - difavtomat.

This device provides protection against leakage current, network overload, short circuit and electric shock. It is important to know how to connect a differential machine to protect equipment, human health and property as much as possible.

The principle of operation of the difavtomat

Three mechanisms are built into the difavtomat, each of which disconnects the voltage in a certain situation:

Leakage is determined using a differential transformer that responds to the difference between the current values ​​at “zero” and “phase”.

The difference can occur when a person comes in contact with live objects or when electrical appliances are partially shorted to surfaces surrounding them. In such cases difavtomat works and cuts off electricity.

The protection mechanism when detecting a current leak can be electromechanical or electronic-mechanical. The second option implies the presence of a control chip

Short circuit sensor responds to high current. And the connection of the excess load is determined by the heating of the metal thermoplate, which opens the power grid with an increase in its own temperature.

Thus, any dangerous situation associated with the wiring is quickly determined by a difavtomat and ends with a protective shutdown of the voltage in the problem circuit.

The methods for connecting difavtomats differ not so much in the arrangement of wires, as in the number and characteristics of the devices themselves.Therefore, it is important to understand the possible schemes, find out the features of their application and connection in order to provide maximum protection for themselves and household appliances for minimal money.

The first scheme for connecting a difavtomat implies the presence of only one protective device. It is mounted immediately after the meter. All available electrical circuits are connected to the AVDT output.

If possible, install at the beginning of each circuit. limit switch. So it is necessary that it was possible to carry out electrical wiring repairs in one room without turning off the lights in the entire apartment.

The only difavtomat for the entire apartment is the most budgetary option, but it is also able to protect residents from electric shock in case of accidental contact with a live surface

The maximum current load of the protective device must be correlated with the power of the simultaneously connected equipment and the characteristics of the electric meter. It is advisable that the AEDT trip earlier than the fuses on the meter.

The supply wires from the electric meter are connected to a single difiltomate from above, and those to which the intra-apartment wiring is connected come out from below. The advantage of such a scheme is its simplicity, low cost and minimal need for a place to accommodate AVDT.

The disadvantage of the described variant of electrical protection is the inconvenience of finding the reasons for knocking out difavtomat. Since the entire apartment is de-energized immediately, it is quite difficult to determine in which room the reason for the operation of the high voltage switch is located.

In addition, if a problem with electrical wiring occurs only in one room, then the voltage cannot be turned on in the entire apartment. To avoid the disadvantages of a circuit with a single difavtomat, it is recommended to look at other options for connecting it.

The two-level system of difavtomatov is more reliable and convenient in service. At the first level there is an AVDT connected after the electric meter, through which the entire load passes. The wires emerging from it are connected in parallel to several difavtomatov, the number of which is equal to the number of electrical circuits in the apartment.

Special shields are sold to install several diflavomatov, which save space on the wall, while maintaining the convenience of connecting electrical wires

Level 2 devices may be less powerful and have a lower threshold leakage current. This will save money while maintaining the efficiency of the equipment.

Theoretically, a separate protective device can be connected to each household appliance, but in practice this is impractical. Sometimes in a separate circuit they allocate the most powerful equipment in the bathroom - a washing machine, an electrified shower, a jacuzzi.

The advantages of a two-level differential automaton connection scheme include:

The disadvantages of this option for protecting the power grid can be attributed only to the need to purchase several difavtomatov and the difficulty in allocating space for their installation.

It is rational to use a two-level circuit with an extensive network with several electrical circuits. If a minimum of equipment is connected to the electric meter, then installing a single difavtomat will be sufficient.

A single-level scheme for connecting difavtomatov resembles a two-level. The difference is only in the absence of a common AVDT.Proponents of this option emphasize that it saves money and space by eliminating one protective device from the circuit.

It is recommended to use a switching bus in a single-level scheme for connecting diflavomats, which organizes electrical wires and simplifies their installation

The disadvantage of this installation method is the lack of a backup device in the circuit, which would provide an additional level of protection. As for the installation features and the applications of the distributed single-level scheme, they are identical to those in the two-level version.

The schematic diagram of connecting difavtomatov in the absence of grounding practically does not differ from the single-level and two-level options considered above. The difference lies only in the absence of a special core, which should be suitable for each electric point, providing current removal from the device case in case of violation of its electrical insulation.

The lack of grounding in the apartment greatly facilitates the installation of electrical wiring, but creates additional risks when operating household appliances

In old high-rise buildings and private houses grounding system just was not provided. As a result of such hindsight, there was a risk of electric shock through contact with equipment and structures that accidentally turned on.

Difavtomat functionally replaces the ground wire, breaking the electrical circuit for hundredths of a second after the detection of current leakage. During this time, the electric shock does not have time to harm a person, and the impact is limited to a maximum of a slight startle.

In addition, AEDT protects equipment from overload and short circuit, which compares favorably with conventional grounding.

The differences in the operation of differential automata and RCDs are listed and disassembled in the articlededicated to the comparison of two types of protective devices for electrical wiring.

Sometimes it becomes necessary to install a difavtomat in a building where a 380V network is connected. It can be a garage, a shop or a small industrial room. In this case, the same schemes apply as in the 220V network. Only the design of the difavtomat is different.

AEDT for three-phase voltage has four input terminals and the same number of output terminals from which wires go to electrical appliances. It is desirable that an earth conductor be in the electrical circuit. But in the absence of such a differential current machine will necessarily react to the leakage current and turn off the power to the room.

The advantages and disadvantages of the various options for connecting the ACBT to a three-phase network are the same as with 220V.

Features of the installation of selective difavtomatov

Most selective difluvomats have an S in the name. These devices differ from conventional high-voltage circuits in the increased response time when a leakage current is detected.

Selective difavtomats are used only as the main device in two-level schemes. They provide individual triggering of devices of the second level without turning off the power supply throughout the network.

It is rational to buy a selective differential device only when installing two-level circuits. If he will be the only one in the apartment, then the delay in operation will, on the contrary, become its drawback

Their feature is as follows. When a leakage current appears, it can be detected by difratomata of both levels. Which one will work first is left to chance, but both usually turn off the electricity.

An increase in the response time of the central AVDT allows the second-level difavtomat to work first.Thus, as a result of the malfunction, only one electrical circuit is disconnected, and the rest of the apartment continues to remain energized. Using selectivity allows you to use difavtomaty with the same threshold leakage current.

There is another connection scheme, without a selective device, which allows for selective disconnection of the second-level circuit breaker when a leakage current occurs.

To do this, the central unit is selected with a threshold parameter value of 100 mA, and secondary - 30 mA. In this case, the second level difavtomats will be the first to act, selectively disabling only one electrical circuit. However, 100% performance of such a scheme is not guaranteed.

Priority when buying must be given to selective difavtomatami, which provide greater reliability and convenience.

Step-by-step installation instructions for the difavtomat

Installing a difavtomat is not difficult and can be done independently without special training.

A place with a block of difavtomats should be freely accessible. It is advisable not to place flammable or explosive objects around it.

The sequence of actions is as follows:

To test the difavtomat, a special button “T” is provided on it.

When it is pressed, a leakage current appears in the electric circuit, which should lead to the operation of the device and the disconnection of voltage. If the AEDT has not responded, then it is faulty and must be replaced.

In wooden houses, a fireproof shield for the difavtomat is mandatory. It will protect the walls of the house from fire in case of protection devices fire.

AT electrical network of the apartment Difavtomat is only an intermediate link, providing additional protection, so its installation will not cause difficulties.

The installation of a difavtomat has many small nuances that will help make the equipment work efficient and reliable.

“Zero” to the load must necessarily come from the difavtomat, otherwise there will be a difference in the values ​​of the currents, and the protective device will immediately work. As a result, you cannot connect electrical appliances

In an electrician, you should not neglect the advice, therefore, the recommendations should be taken carefully:

When fixing the wire in the terminal, make sure that insulation does not enter the connector. Bad contact can cause overheating of the difavtomat and its breakdown.

If most of the above recommendations are not followed, the AEDT will simply not function properly.It may “knock out” when the load is connected or not respond at all to current leakage. Therefore, the electrical wiring must be taken seriously.

What difficulties you may encounter when connecting protective devices, you will learn from the following videos.

The internal structure of the difavtomat:

Connecting a protective differential circuit breaker is a simple process. The main condition for quick installation is strict adherence to the recommended electrical circuits. In this case, the self-installation of protective devices will succeed the first time, and the AEDT itself will serve reliably for many years.

Want to share your own experience in connecting a differential machine? Do you know the subtleties of the installation of the device, not given in the article? Please write comments, ask questions, post photos in the block below. 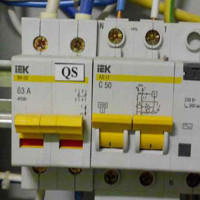 How to connect an RCD in an apartment without grounding: analysis of schemes and step-by-step instructions
2 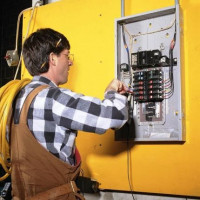 How to connect an RCD: circuits, connection options, safety rules
0 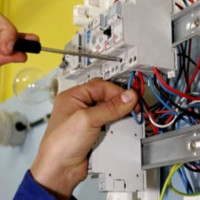 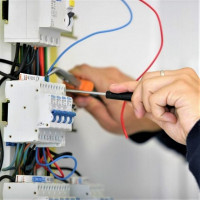 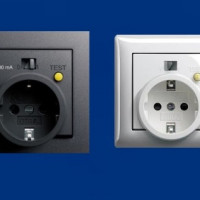 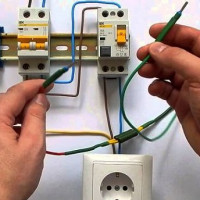