Antimagnetic seal on the electric meter: principle of operation and specifics of use

Not so long ago, powerful magnets began to be widely used to illegally change the meter readings. To identify cases of unauthorized underestimation of the amount of electricity consumed, a special antimagnetic seal was developed for the electric meter. You should familiarize yourself with its action. Is it true?

You will learn all about the specified type of protection, excluding the distortion of the data taken from the device, from the article we presented. We described in detail the device and its principle of operation. We examined the options for fastening the seal to the device and the possibility of intervention in the process of recording the readings.

Before using additional means to protect metering devices, it is necessary to determine the legality of this method and the procedure for sealing.

According to the Decree of the Government of the Russian Federation of 05.06.2011, No. 354 (the last change and addition dated September 15, 2018), the Rules for the provision of utility services entered into force. Clause 32.g.1 stipulates that utilities have the right to protect electricity meters with antimagnetic seals.

If violations of the antimagnetic protection are detected, the same sanctions will follow as if a failure of an ordinary seal was detected.

Previously, sealing an electric meter to detect physical access to it was an effective protection against theft of electricity. Now this is not enough

If citizens for a long time do not let inspectors into the territory where the meter is installed, the resource supplying organization will have the right to determine consumption by averaged indicators.

Rules and options for transmitting electricity meter data to Energosbyt in detail described here. We recommend that you familiarize yourself with information that is extremely useful from a practical point of view.

For periodic checks of seals and verification of meter readings, controllers come. By law, they must notify the owners of the premises in advance

Sealing procedure for the meter

Regardless of whether in the apartment or in street box there is a counter, to install antimagnetic protection, you must perform the following sequence of actions:

When handling the seal, do not touch the adhesive layer with your fingers or any objects. When sticking, the sticker immediately gets damaged - this is one of its protective properties.

The installation of protection itself is not complicated, but it often happens that the location of the counter complicates the operation with it. Therefore, before filling, it is necessary to conveniently organize a workplace

After the installation of antimagnetic protection, it is necessary to familiarize the consumer with its properties and safety measures. They are indicated in the Act, which is signed by the representative of the resource supplying organization and the owner of the premises.

It is important to know that such a seal can work only from a sufficiently strong magnetic field, which can also be caused by work in the immediate vicinity of powerful electrical appliances such as an inverter welding machine.

Damage to the material from water, household chemicals, slight heating is impossible. Also, the anti-magnetic component will not be affected by ordinary household appliances, radio equipment, a Wi-Fi router or a mobile phone. Background radiation and solar storms will not have any effect.

The principle of operation of the device

Magnetic protection is installed directly on the meter. When a field occurs with a force of more than 20-100 mT, irreversible changes occur on the indicator that can be visually identified. The protective device itself can be made in different ways and respond differently to violations.

There is a recognized, but optional, color differentiation of seals according to the type of metering device being protected. Red is used for electricity, blue for water, and brown for gas.

Anti-magnetic seals in the form of stickers work the same way for electricity, water or gas meters. There is no strict prescription for their color or dimensions

A seal with an indicator of magnetic effect on the electric meter may look as follows:

The seal in the form of a sticker can be installed both on plastic and on the glass of the meter. The only condition is that the surface should be flat. Naturally, the sticker should not interfere with the reading procedure.

Types of indicators and their triggering mechanism

When exposed to a magnetic field, the indicator should react so that it is not possible to return it to its original state. In addition, these changes must be visible to the naked eye.

Most often, a special capsule with a suspension in it is used as an indicator. When exposed to a magnet, it loses its original shape and spreads throughout the entire volume.

The viscous suspension inside the capsule includes particles of iron oxide, which come into motion when exposed to a magnetic field

The seal may contain a plate with stripes that change color when exposed to a magnetic field.

Sometimes a plate with a clear pattern made of metallized powder is used as an indicator. In the case of a magnet, a random movement of particles occurs, as a result of which the image disappears.

At home, there is no way to return the indicator to its original state, which was before exposure to a magnetic field.

Rotary or latched devices cannot be opened without breaking the mechanism. This rule applies to both actions to remove the magnetic indicator, and attempts to increase the length of the wire in order to open the counter.

For stickers, its own mechanism of protection against removal and reapplication was invented. The adhesive surface located below is non-uniform, therefore when peeling it is impossible to maintain the integrity of the structure. And since each device is equipped with a unique number, the reinstallation of another instance will be easily detected during verification.

There are many ways on the Internet from domestic “inventors” that offer the following ways to preserve the integrity of the sticker when it is separated from the counter:

However, all of these methods were relevant for early samples of seal labels. After such methods became known, manufacturers made some changes to the manufacturing technology and now the manipulations described above will not lead to the desired result.

When the anti-magnetic indicator mount is peeled off from any surface, both the substrate and the top layer get damaged, which cannot be hidden

But still there is one effective way to bypass the antimagnetic seal - its complete duplication. Organizations are obliged to warn citizens about the verification of meter readings. Therefore, by the time the controllers arrive, instead of the triggered protection, you can install the full duplicate ordered on the Internet with the same identification number.

In order to minimize such risks, the electricity supplier needs to install seals of non-standard design. They may contain the company logo, original color design and other security features.

In addition to exclusive design, anti-magnetic seal protection in the form of holographic elements and the use of paint glowing in the UV range is possible

Forging such exclusive copies is quite difficult, and when revealing a substitution the consumer may have serious problems. If the operation of the antimagnetic protection can be explained by negligence (but you still have to pay a fine), then replacing the installed seal will most likely be qualified as fraud.

If you have any suspicions of incorrect fixation by the electricity consumption meter, it is worth considering replacing it. Introduces the cost of the replacement work next articlededicated to this issue.

Video with the answer to questions: How to stick a seal on the meter? How the magnetic field indicator works:

To protect the meter from the effects of a magnetic field, energy-supplying organizations are entitled to use antimagnetic seals. Guaranteed detection of theft cases is possible only if the installation procedure and the use of original stickers are observed.

Do you have questions about using an anti-magnetic seal for a device that records power consumption? Do you have information that is useful to site visitors? Please write comments in the block below, share useful information, post a photo. 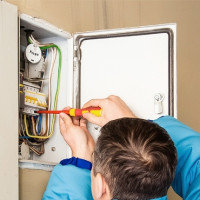 How much does it cost to change an electric meter: the cost of replacing an electricity meter in an apartment and a private house
12 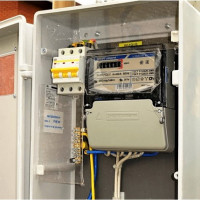 Replacing an electric meter in an apartment and in a private house: the specifics of replacing a meter
11 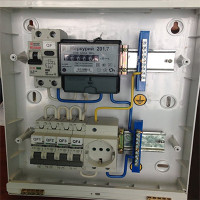 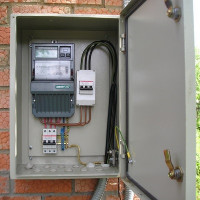 Street box for the electric meter: requirements and features of the choice and installation of the electrical panel
9 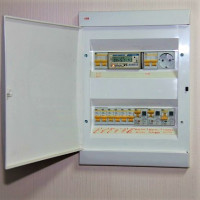 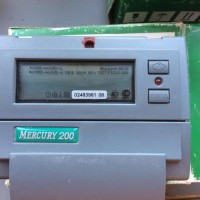