How to connect a motion sensor to a light bulb: step by step instructions

Using a motion sensor to activate lighting at the moment of approaching the lamp significantly increases the level of comfort in the house / office / apartment. A miniature device manages the system for you, allowing you not to care about such trifles. Electricity consumption is reduced, and you can easily install it yourself.

Economical from all sides, the device is worth getting. Do you agree? We will tell you how to connect a motion sensor to a light bulb. In the article we presented, technological rules and schemes are available that are accessible to a beginner electrician. The accommodation options are listed, the specifics of the setting are described.

The main purpose of the motion sensor is switching the electrical network. It can work both with active load in the circuit, and with active-inductive. Any movement in the controlled zone primarily starts the process of determining the level of illumination (if such a function is provided in the device).

If the indicator is below the set threshold, the device closes the contacts and turns on the lamp. Thus, the detector can operate both at night and in the daytime. Set the threshold with the help of regulators, it can be from 3 to 2,000 lux.

In everyday life, devices are most often installed whose operation is based on capturing the electromagnetic waves in the infrared spectrum. The time after which the detector is triggered, in case a moving object is detected, is also adjusted.

Turning the knob sets the shutter speed. For different models, the delay time can be adjusted from 10 s to 7-15 minutes (a slight error is allowed).

Landmarks of a competent choice

Different models may have different purposes.Some are intended only for controlling indoor lighting fixtures, others are more versatile and can be used for circuits with electrical appliances, with alarm devices, with street lighting system.

Sensors can be with a limited and circular view, have different angles of horizontal and vertical observation. Wall-mounted devices control the zone at an angle of 110–120 ° or 180 ° horizontally and 15–20 ° vertically.

Models with a moving viewing body make it much easier to set up, but stationary models do not have such an opportunity, so you need to carefully choose a placement for them.

For models with limited visibility, the viewing angle can vary from a few units to hundreds of degrees. When choosing a device, you need to consider how much area the device can control

Detectors with a circular view can cover the controlled area at an angle of 360 ° horizontally. Their field of view has the shape of a cone, expanding downward. Despite the large control zone, areas that are not visible (outside the radius, in the corners) in the room still remain.

To install the sensor on the street or in rooms with high humidity, you must choose a device with a high degree of protection from external factors (dust, moisture).

For example, devices with a protective degree of IP20 can only be used in indoor rooms with normal humidity, with IP33 it can be installed outdoors - on the terrace, porch, gazebo. With IP44, you can mount it on the street, but protect it with a visor from dripping water during precipitation.

You can buy a ready-made complex from switch and motion sensor. The features of its selection and installation will be introduced by our recommended article.

The general rules for installing sensors are as follows:

The sensitivity of the detector is also affected by temperature. The temperature range at which the device normally performs its functions is from -20 to 40 ° C.

Ways of installing motion sensors using TDM ELEKTRIK devices as an example: DDPt-01 is mounted in a cartridge; E27, DDT-03, DDT-02, DDT-01 are installed in the mounting hole for spotlights (the diameter of different devices differs and can be 40-65 mm); DDSk-01 can be mounted in a wall, ceiling, lamp housing

It is forbidden to install lamps:

When choosing a suitable place for installation, consider the detection zone of objects with different placement of the device

It is also impossible to get into the coverage area incandescent lamp - a gradually cooling thread will trigger the detector, since it will react by switching on a change in its temperature.

This can go on ad infinitum - the light will turn on and off. False alarms can also occur in windy weather due to waving branches.

When choosing the installation location and the location of the sensor itself, it is necessary to take into account: installation height, ambient temperature, make sure that there are no any interference

How to install the device and connect it to the lamp?

To begin, consider the installation of a motion sensor using the example of models that are installed in holes designed for spotlights.

The installation steps are as follows:

Installation can be considered completed. It remains to adjust and test the operation of the device.

The wiring diagram for mounting motion sensors that are installed in the holes for spotlights is indicated on the back side. It may vary slightly between different device series.

It is easier to install a sensor that is screwed into the cartridge. Then a light bulb is screwed into it. In this case, it is necessary to use only those lamps that are not more powerful than indicated in the device passport. It is advisable to purchase specialized lampsdesigned to work in tandem with detectors.

To install the remote sensor in the ceiling, wall or lamp housing, it is necessary to bring the device into the prepared hole, screw the housing to the mounting surface using self-tapping screws. Next, you need to turn off the mains power and connect the phase and neutral conductor of the power cable to the terminals according to the diagram.

Before connecting, be sure to check the nature of the conductors. Color marking does not always comply with generally accepted standards.

Testing and tuning the motion sensor

Each device has at least two controls. Testing and tuning are performed according to two main parameters - the duration of the glow (TIME) and the response sensitivity (LUX). The first indicator means the period of time for which the sensor leaves the lamp on.

With each recognizable movement, the countdown of the duration of the glow begins again. It can be adjusted by the user for a period of 10 s to 4 minutes.

The sensitivity of the device is also adjustable. With it, you can adjust at what level of natural light the light will turn on. Thus, you can configure the lamp to be turned on during the day and night, or only at night.

Starting the motion sensor in the work, conduct its mandatory testing. To do this, set the dimmer to the position corresponding to daylight. The time control knob is set to a minimum.

After connecting to the power supply, you must wait about 30 seconds - the sensor will work and turn on the light for 30 seconds. Next, send the sensitive area of ​​the sensor to the area that should be monitored, check the sensitivity and range.

Test to see if the lamp lag and lamp operation time are within the specified parameters. They also check the operation of the device at night and finally set the parameters that are comfortable for themselves.

More complex devices, which are used for security purposes, have in their design also a range controller (SENS). With it, the sensitivity zone is set. The sensors are also equipped with a built-in microphone with a noise level control (MIC), at which the device should work.

The last two regulators are rarely used for inexpensive sensors, since their functionality in domestic conditions is rarely in demand.

Options for connecting an IR device to a lamp

Using various connection schemes and additional devices, it is possible to achieve a wider functionality of the motion sensor.For example, expand the controlled area, disable automatic control of the lighting system or temporarily control the lighting group without the participation of a motion sensor, etc.

Connection for control without switch

The circuit, consisting of a lamp and a detector, is the simplest. It is applied by the manufacturer on the back of the device or is described in the attached instructions.

When arranging elongated rooms, along paths in the courtyard or around the perimeter of a building, a single device to detect movement is not enough to control the lighting - its limited view does not allow this.

In such cases, two or more detectors are used. Their terminals of the same name are connected in parallel, and then lead to the lamp.

Connection diagram with two detectors: when any of them trips, the contact in the mains closes and the lamp lights up

Connection to a bulb with a switch

To turn off the automatic switching system, which operates on the basis of a motion detector, a switch is added to the working circuit. Connect it to the portion of the incoming supply cable in front of the sensor.

In the on position of the circuit breaker, the circuit works as if composed without it. When it is turned off, the motion sensor module is completely de-energized and the system does not work.

One of the options for organizing a wiring diagram with a switch: when the contacts open, the system completely stops working

If it is necessary that when a person is in the room, the light is on, while being in a fixed position does not turn off the lighting, then use the following scheme.

A switch is connected to the input and output phase conductor of the sensor - thus, a branch of the electrical network is created bypassing the main section. Now, using the switch, you can turn on the lighting, which will not depend on motor activity in the controlled area.

In this circuit, an on switch shunts a portion of the electrical circuit passing through the light control sensor. This connection creates more comfort when controlling the lighting fixture.

Proven connection diagrams of the lighting control device using a switch are disassembled and given in the article, which we highly recommend reading.

Video # 1. How to connect the device according to a simple scheme and configure it:

Video # 2. Two options for connecting the sensor to a lamp with a switch:

The way the motion sensor is connected to the lamp largely depends on the goals that you plan to achieve. Based on that, it is necessary to organize automatic lighting in an apartment or on the street, near a guarded building or garage, select a device and a working scheme.

Want to talk about how you connected the motion sensor to the bulb with your own hands? Do you have useful information on a topic that can help website visitors? Please write comments in the form below the block, post a photo in it and ask questions. 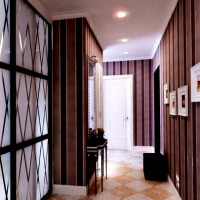 Lamps with a motion sensor: how they work, how to connect + TOP of the best manufacturers
6 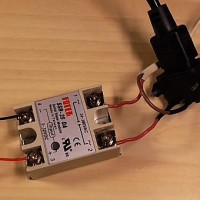 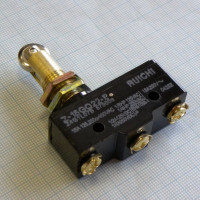 Limit switch: what is it, marking + connection rules
0 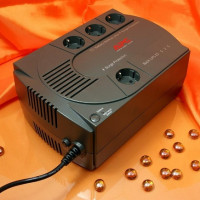