Convert kilowatts to horsepower: how many drugs in one kW + principles and calculation methods

Horsepower and Watt. The first term is a power meter, which is becoming increasingly obsolete, gradually being supplanted from electrical engineering, the second is modern. Motorists, however, resist, preferring visibility.

Sometimes it is required to translate “l. with." in watts - let's see how they compare.

The only measure of power the equivalent of which is recognized worldwide is kilowatts. Despite this, where there are internal combustion engines, their strength is indicated in horsepower. This unit is also popular in calculating the transport tax.

For this reason, owners of their own vehicles have to transfer kilowatts to this off-system unit.

The expression has firmly entered the vocabulary ever since when James Watt from Scotland in the late 17th century introduced the first steam engine to replace horse-drawn traction.

Horsepower, as a term, a meter, allowed the average person to visualize how many horses are being replaced by a machine

An interesting fact: at one time in France, or rather, in Paris, there were norms for the draft effort of crews (omnibuses).

The power value in France is almost identical to that received in England. The French unit was called Cheval vapeur. In literal translation, it sounds like a "steam horse"

Observing the work of the horse lifting the load from the mine, he found that at a constant speed of 1 m / s it lifts a load weighing close to 75 kg.

Following this, the following horsepower options came into use:

Since the definition of horsepower is ambiguous in order to put things in order in this matter, in 1882 the English Association of Engineers at its congress approved a previously unknown unit of measure for power. It was named in honor of the inventor - W (watt) or W, and it became international.

Later, the adoption of SI prescribed designate the engine power in kilowatts. The unit began to be used in technical documentation, in advertising booklets. To put an end to the obsolete concept, in 2010 the EU Directive prohibited the use of horsepower without dubbing in kilowatts.

When James Watt drove the concept of horsepower, he simply sought to show the benefits of using cars instead of animals. He did this by calculating the cost of energy that a horse and mechanism spend on lifting a load

Different types of horsepower are associated with watts as follows:

European countries mainly use metric horsepower. By it is meant the power used to lift up weights of 75 kg at the same speed and generally accepted acceleration g = 9.80665 m / s².

While the metric unit is 0.74 kW, when determining this unit in feet and pounds, it is associated with the movement of goods weighing 1 pound per 33,000 feet in 1 minute or 1 pound in a distance of 550 feet in 1 second

The unit “horsepower” has been removed from the official turnover in Russia. When calculating the transport tax, the metric version of the hp still applied. In this case, the tax value is multiplied by the number of hp.

A watt power unit is included in the SI system. One watt is 1 J work done in 1 second.

This measure of power can also be expressed through the ratio of other units:

Ways to convert kilowatts to l. with.

The mutual transition of these two units can be accomplished by several methods:

Practically converting kW to hp will have the following form:

For more accurate calculations in order to determine how much horsepower is in a kilowatt, a coefficient of 1.35962162 is used.

Horsepower in a car

The value in kW divided by 0.735 is the horsepower in the car. It is comparable to the action performed in 1 s in order to lift a 75 kg load by 1 m. At the same time, gravity is taken into account.

In order to convert the nameplate power of a particular car from kilowatts to horsepower, it is necessary to divide the existing value by 0.735

The designation of horsepower in different countries is not the same. While in Russia it is hp, then in English-speaking countries - hp, in the Netherlands - pk, in Germany - PS, in France - CV.

When the kilowatt was introduced, in France they stopped using CVs and completely switched over when calculating the tax on these new units of power. In the UK, the dimensions of the car were taken as the basis for the tax on the vehicle.

In Russia, in addition to the transport tax, hp used in calculating the size of the payment for insurance of the iron "horse" (CTP). Apply hp and in determining the actual power of a motor vehicle. At the same time, terms such as gross and net are in use.

The first indicator is measured at the stand and the operation of the cooling pump, generator and other related systems is not taken into account. Its value is always higher than the second parameter, but does not reflect the power generated in normal circumstances.

If you use this method to transfer the kilowatts indicated in the passport, then only the amount of motor operation will be established. To accurately evaluate its power, using this method is impractical due to the large error, which is equal to from 10 to 25%. Since the performance of the motor will be overestimated, the transport tax will also be large.

The stand gives out the net value taking into account auxiliary systems. The parameter obtained in this way corresponds more precisely to power under normal conditions. Even more accurately determine the power can such a device as a dynamometer.

The more horsepower an engine has in a car, the higher the tax must be paid to the owner of the vehicle, so every motorist must be able to convert power from kW to hp. and vice versa

From how much horsepower the car’s engine accelerates, the car’s coolness and its dynamic characteristics depend.

If the car does not have technical documentation, and its power must be known, you can do this in two ways.

To determine power in traditional horsepower using this option, values ​​such as torque, engine speed are needed. You can find them in the instructions or on the Internet, if you specify the appropriate brand of car.

Further, the found parameters are multiplied. For the calculation, the following expression is used:

On a car engine, voltage in volts, amperage, efficiency in percent are usually indicated.

Using this data, engine power in hp is calculated. according to the formula:

Increasingly, power is indicated in kilowatts, and non-system units are a thing of the past. Yet the need for horsepower conversion still exists. As long as these units exist, you must be able to use them wisely.

Have questions about the topic of the article? Or maybe there is information that could complement our material? Please write your comments, share your experience in the block below. 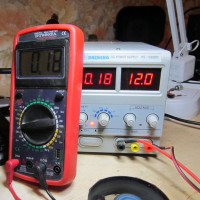 Converting Amperes to Watts: rules and practical examples of the conversion of voltage and current units
2 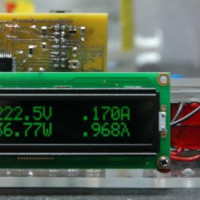 How to convert amperes to kilowatts: principles of translation and practical examples with explanations
1 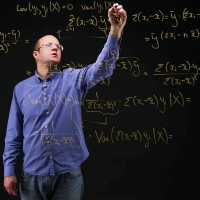 How to calculate power, current and voltage: principles and examples of calculation for domestic conditions
3 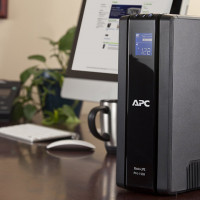 Uninterrupted for the computer: rating of the best UPS
5 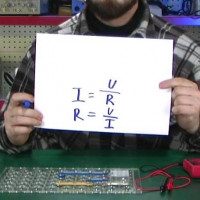 Ohm's law for the complete chain and for the section of the chain: writing formulas, description and explanation
0
Visitors Comments
Add a comment
Click to cancel reply.
Related Content