Solar energy is so far limited (at the household level) to the creation of photovoltaic panels of relatively low power. But regardless of the design of the photoelectric converter of the light of the sun into current, this device is equipped with a module called the solar charge controller.

Indeed, a solar battery photosynthesis installation scheme includes a storage battery - a storage device for energy received from a solar panel. It is this secondary energy source that is served primarily by the controller.

In the article we present, we will understand the device and the principles of operation of this device, and also consider how to connect it.

The electronic module, called the controller for the solar battery, is designed to perform a number of control functions during the charge / discharge process solar battery.

When sunlight falls on the surface of a solar panel installed, for example, on the roof of a house, this light is converted into electric current by the photocells of the device.

Image Gallery
Photo of
The controller is a mandatory component of a solar station that generates an electric current from the energy of sunlight
Owners of private mini power plants and those wishing to acquire a solar power installation are now presented with two types of controllers: PWM (or PWM) and MPPT
PWM controllers provide multi-stage battery charge. With their help, filling, alignment, absorption and support of charge are carried out.
Inexpensive models of controllers for domestic solar installations are equipped with LED indicators that allow you to monitor the performance and technical condition of the battery
MPPT (maximum power point tracking) - controllers of a higher level and price. They provide tracking of the maximum power point
For small solar power plants, which include one or two panels, the capabilities of PWM controllers (PWM) are sufficient
Both types of controllers, as well as batteries connected to the circuit, must be installed indoors, since their design has temperature-sensitive sensors
There is no need to purchase a controller if you are purchasing an integrated solar station. Its insulated enclosure has the entire range of devices required for processing and storing electricity.
Controllers for solar panels
Wide Pulse Modulation Controller
Multilevel Battery Charger
Budget model with LED indicators
The controller for the MRPT solar station
Small heliostation for giving
Connecting solar panels to the equipment
A complex of solar panels and equipment

The energy received, in fact, could be supplied directly to the storage battery. However, the process of charging / discharging a battery has its own subtleties (certain levels of currents and voltages). If you neglect these subtleties, the battery for a short period of operation will simply fail.

In order not to have such sad consequences, a module called a charge controller for the solar battery is designed.

In addition to monitoring the battery level, the module also monitors energy consumption. Depending on the degree of discharge, the circuit of the battery charge controller from the solar battery regulates and sets the current level necessary for the initial and subsequent charge.

Depending on the capacity of the battery charge controller of the solar power plant, the designs of these devices can have a very different configuration

In general, in simple terms, the module provides a carefree "life" for the battery, which periodically accumulates and gives energy to consumer devices.

At the industrial level, two types of electronic devices have been launched and are being manufactured, the execution of which is suitable for installation in the solar energy system circuit:

The first type of controller for a solar battery can be called an "old man." Such schemes were developed and put into operation at the dawn of the formation of solar and wind energy.

The principle of operation of the PWM controller circuit is based on pulse width modulation algorithms. The functionality of such devices is somewhat inferior to the more advanced MPPT series devices, but in general they also work quite efficiently.

One of the most popular models in the solar charge system for the solar station’s battery charge controller, despite the fact that the device’s circuitry is made using PWM technology, which is considered obsolete

But if you compare both types of controller and, especially, with a bias towards the domestic sphere, MPPT devices do not look in the bright light in which they are traditionally advertised.

This type of equipment is more suitable for global solar energy systems.

The controller, designed for operation as part of the design of a solar power plant. Is a representative of the MPPT class of devices - more advanced and efficient

It is more profitable to buy and operate the PWM controller (PWM) with the same effect for the needs of an ordinary user from a household environment, which usually has small-area panels.

Schematic diagrams of the PWM and MPPT controllers for consideration by their narrow-minded look - this is too complicated a moment, coupled with a subtle understanding of electronics. Therefore, it is logical to consider only structural schemes. This approach is understandable to a wide range of individuals.

The voltage from the solar panel through two conductors (plus and minus) comes to the stabilizing element and the dividing resistive chain. Due to this piece of the circuit, potential equalization of the input voltage is obtained and, to some extent, they organize the protection of the controller input from exceeding the input voltage boundary.

It should be emphasized here: each individual model of the device has a specific boundary for the input voltage (indicated in the documentation).

This is what the structural diagram of devices based on PWM technologies looks like. For operation as part of small domestic stations, such a circuit approach provides ample efficiency

Also in the circuit there is a temperature sensor and a driver that controls the power transistor, which regulates the load power (protection against deep discharge of the battery). The temperature sensor monitors the heating status of important elements of the PWM controller.

Usually the temperature level inside the case or on the radiators of power transistors. If the temperature goes beyond the limits set in the settings, the device disconnects all active power lines.

The complexity of the scheme in this case is due to its addition to a number of elements that build the necessary control algorithm more carefully, based on working conditions.

Voltage and current levels are monitored and compared by comparator circuits, and the maximum output power is determined from the results of the comparison.

The main difference between this type of controllers and PWM devices is that they are able to adjust the energy solar module to maximum power, regardless of weather conditions.

The circuit of such devices implements several control methods:

And in the final segment of the general action, an algorithm for comparing all these methods is also used.

Considering the topic of connections, it should immediately be noted: to install each individual device, a characteristic feature is the work with a specific series of solar panels.

So, for example, if a controller is used that is designed for a maximum input voltage of 100 volts, a series of solar panels should output no more than this value at the output.

Before connecting the device, it is necessary to determine the place of its physical installation. According to the rules, dry, well-ventilated rooms should be chosen as the installation site. The presence of flammable materials near the device is excluded.

The presence of sources of vibration, heat and humidity in the immediate vicinity of the device is unacceptable. The installation site must be protected from precipitation and direct sunlight.

Almost all manufacturers of PWM-controllers require to follow the exact sequence of connecting devices.

The technique of connecting PWM controllers to peripheral devices is not particularly complex. Each board is equipped with labeled terminals. It just requires you to follow the sequence of actions

Peripheral devices must be connected in full accordance with the designations of the contact terminals:

The specified sequence must not be violated. For example, it is strictly forbidden to connect solar panels in the first place with an unconnected battery. By such actions, the user risks “burning” the device. AT this stuff the assembly diagram of solar panels with a battery is described in more detail.

Also for PWM series controllers, it is not permissible to connect a voltage inverter to the controller's load terminals. The inverter should be connected directly to the battery terminals.

General requirements for physical installation for this type of apparatus do not differ from previous systems. But the technological installation is often somewhat different, since MPPT controllers are often considered more powerful devices.

For controllers designed for high power levels, it is recommended to use large cross-section cables equipped with metal terminations on power circuit connections

This approach eliminates energy losses and ensures the safe operation of the installation.

Before connecting solar panels to the device, make sure that the voltage at the terminals matches or is less than the voltage that is permissible to apply to the input of the controller.

Connecting peripherals to the MTTP device:

After these steps, it is necessary to replace the previously removed battery fuse and put the switch in the “on” position. A battery detection signal will appear on the controller screen.

Then, after a short pause (1-2 minutes), put the previously removed fuse of the solar panel into place and put the panel switch in the “on” position.

The instrument screen will show the voltage value of the solar panel. This moment indicates the successful launch of a solar power plant in operation.

The industry produces multifaceted devices in terms of circuit solutions. Therefore, it is impossible to give unambiguous recommendations regarding the connection of all installations without exception.

However, the main principle for all types of devices remains the same: without connecting the battery to the controller buses, connection to photovoltaic panels is unacceptable. Similar requirements apply for inclusion in the scheme. voltage inverter. It should be considered as a separate module connected to the battery by direct contact.

If you have the necessary experience or knowledge, please share it with our readers. Leave your comments in the box below. Here you can ask a question about the topic of the article. 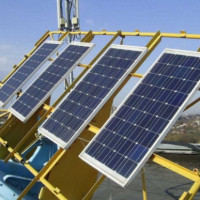 The principle of operation of the solar battery: how the solar panel is arranged and works
5 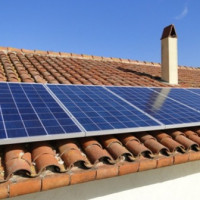 Schemes and methods of connecting solar panels: how to properly install the solar panel
7 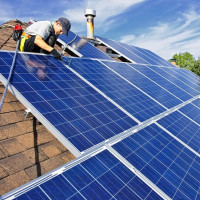 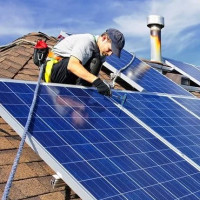 Connection diagram for solar panels: to the controller, to the battery and to the serviced systems
6 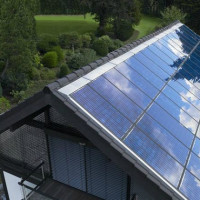 How to make a solar battery with your own hands: methods of assembly and installation of a solar panel
2 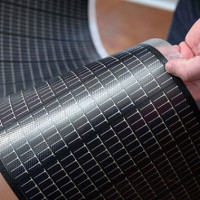